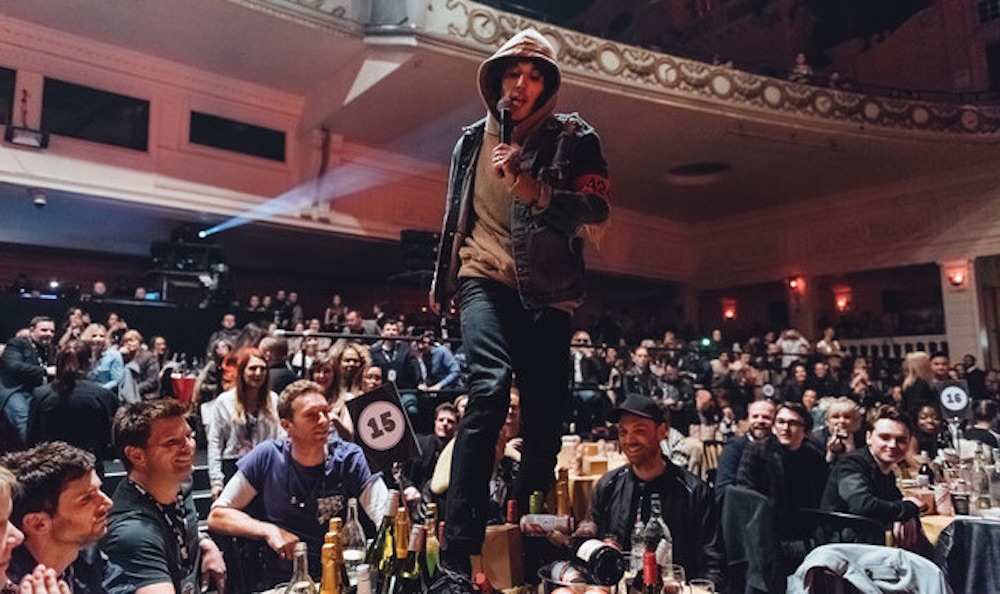 The NME Awards hit Brixton last night and as with most awards shows they were anything but a smooth ride for those involved.

Undoubtedly the highlight for most people hearing about the awards (because most people seem to hate Coldplay) was when Bring Me The Horizon were performing Happy Song and Oli Sykes jumped into the crowd, jumped onto Coldplay’s table and started smashing all their drinks off it.

Coldplay just sat there shellshocked like the muppets they are before guitarist Johnny Buckland had to jump out of the way when the table collapsed due to Oli going so crazy. Rock’n’Roll:

Later on in the show, Chris Martin tried to get his own back after he was awarded The Godlike Genius Award by Kylie Minogue (kinda didn’t really need to say anything after being awarded that I suppose), by saying the following:

Yeah, I’ve never really heard of Bring Me The Horizon.

But it was great. Very rock’n’roll.

Exactly, although I’m not really sure how Chris Martin knows anything about rock’n’roll as he seems to be the exact antithesis of it. I loved it when he got turned down by David Bowie.

And in case you’re wondering why Oli Sykes targeted Chris Martin and Coldplay, it wasn’t because they’re the pussies of the rock music world, it was actually because he thought they stole the artwork from one of his albums.

If you really want a really good gift guide though, check out the Dad’s Choice Awards.