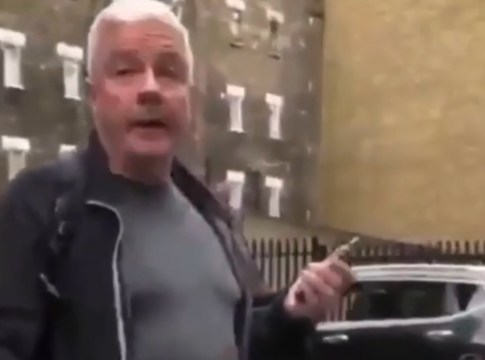 Imagine being this casually racist and thinking you can get away with it.

Even though we all know racism exists, it’s still pretty shocking to see it in action, and especially when it’s displayed as casually as in this clip.

Clearly this guy had never experienced any repurcussions to his brazen racism before, but he’ll probably think twice about saying anything like this to someone’s face in future:

Welp, can’t say he wasn’t asking for it. Obviously it’s never nice to see an older person get physically assaulted by a youngster like that, but he did give him so many chances to take back what he said or apologise or at least not double down on calling him the p-word. The old fella took it for granted that he could call this kid a racial slur and not endure any consequences.

When he wakes up let’s hope someone shows him this video so he can see how much of a twat he was and how much he deserved to end up on his arse. Lesson learnt? Probably not. Which I guess means that violence isn’t the answer after all but hey, that was the outcome.

For the chav who picked a fight with an essential worker outside the Co-Op and ended up wishing he hadn’t, click HERE.