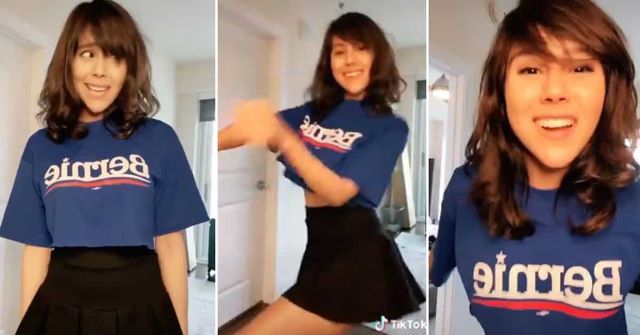 Maybe Capitalism isn’t so bad after all.

Remember the ‘OK Boomer’ girl from March 2020? It originated on TikTok but went hugely viral on Twitter as well, ending up with probably over a billion views across all platforms. Definitely one of the most viral videos of 2020.

The girl in the video, Neeko (AKA Neekolul), has since achieved an astronomic following online, monetising her viral fame across YouTube and Twitch and amassing 700k followers on both Instagram and Twitter. She also joined 100 Thieves – one of the biggest gaming organisations out there.

Despite the anti-rich position that sent her viral, Neeko has been raking in the cash over the last 15 months, and recently moved into her very own $2m apartment! She even gave a little tour over on her YouTube channel:

Quarter of a million views thus far… here’s how the Like/Dislike ratio is going:

And the top comments (before they were disabled): 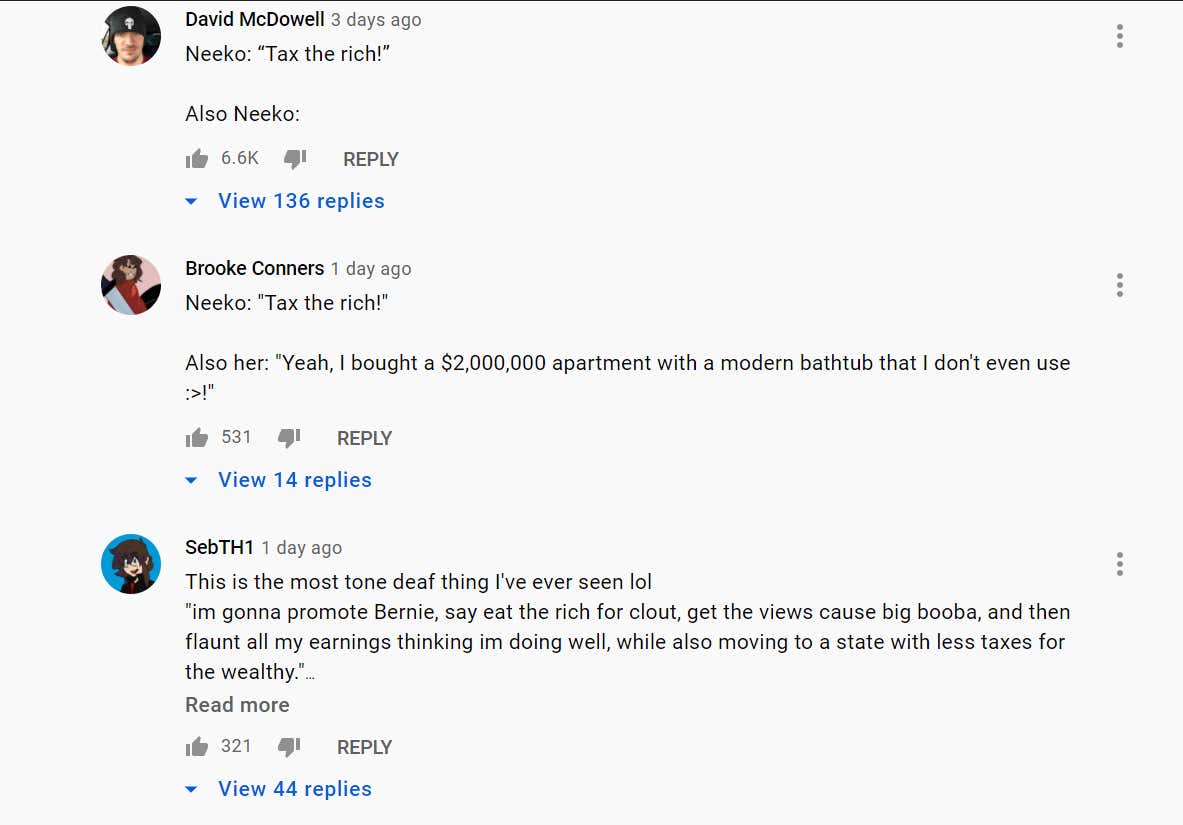 Well that pretty much sums it up really. Personally, I don’t begrudge her making money or spending it how she wants, it’s just amusing to see the levels of hypocrisy at play with so many of these anti-capitalists once they make a bit of money themselves.

We saw the same thing recently with the BLM co-founder who resigned after it was revealed she spent her millions buying expensive properties around California.

Still, gotta love that we live in a world where a teenager can go viral off one ‘tax the rich’ TikTok and then be able to afford a $2m apartment just a year later. Living the dream.

For the uni professor who told his class that saying ‘OK Boomer’ is as bad as saying the N-word, click HERE. He actually said the N-word in class to illustrate his point. Whoops.