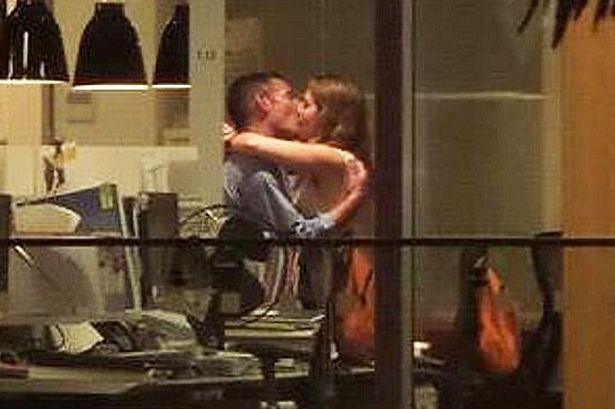 This pair’s jobs with Marsh insurance in ChristChurch, New Zealand are both on the line after they were filmed having late night office sex right next to a massive glass window overlooking a busy bar full of people. Here’s the footage which has quickly gone viral (SFW version unfortunately):

Marsh is very disappointed by the conduct of two colleagues at our Christchurch premises. The inappropriate actions of these two individuals are not representative of the many professional colleagues that we have at Marsh.

Losing their jobs isn’t their only concern though — it turns out the man is married and the woman is recently engaged. And we all know what boyfriend/girlfriend revenge stories are like nowadays. Still they must’ve known what they were doing, right? You don’t get it on right next to a massive glass window with the lights on if you’re not trying to enjoy the thrill of being seen by a whole bunch of people. Oh well, hope it was worth it.