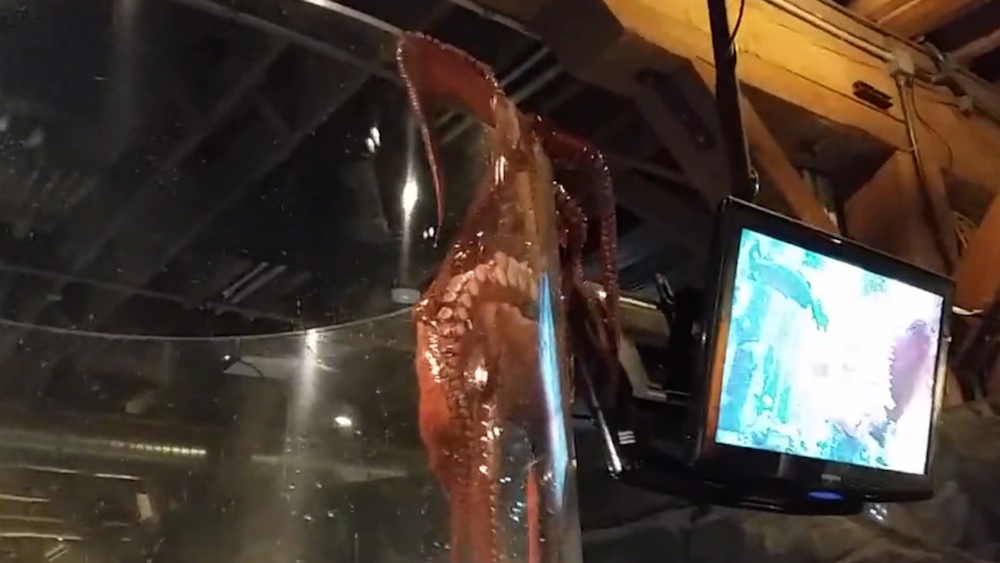 So close, yet so far.

When you got to an aquarium, you’re probably hoping that you’re going to be looking at all the weird and wonderful sea creatures in their tanks with the safety net of a pane of glass between the two of you because there’s no way that you’re going to want to be messing with any of these customers.

That is usually the case, but one octopus named Ink from the Seattle Aquarium decided to turn that upside down and attempt an escape from his tank in order to get more up close and personal with the punters. Amazingly, he almost made it out of his cylindrical tank as guests of the aquarium stood around screaming.

Thankfully though a member of staff had the bright idea to head over and throw his tentacles back into the tank, thwarting his escape. Nice effort Ink, but not nice enough. If octopuses can get out of locked jars fairly easily though, we should probably be worrying more about them escaping from their tank as it’s bound to happen in the near future.