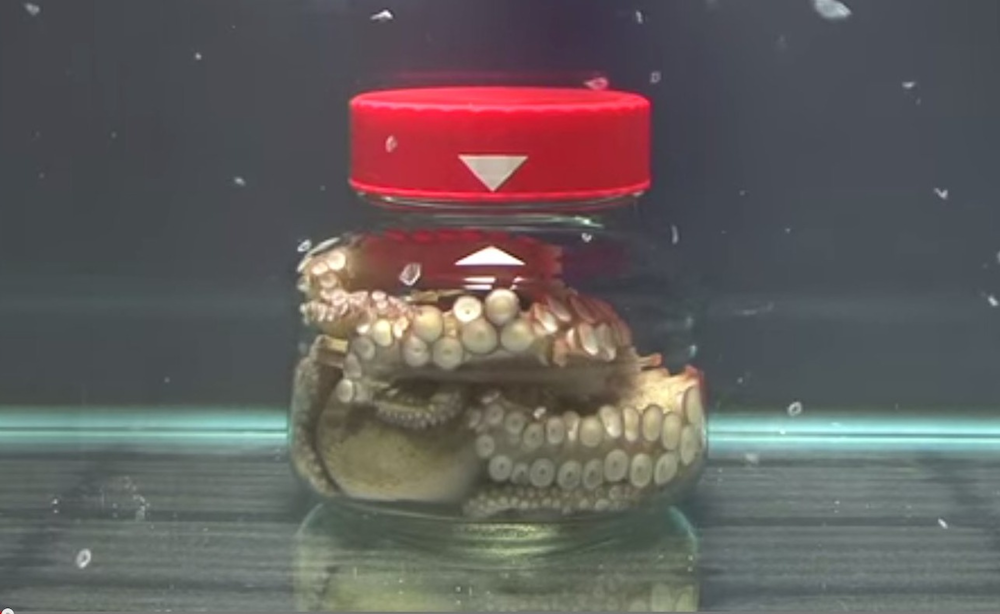 Apparently octopuses are super smart and also have a touch of the Harry Houdini about them too as the one in this video shows.

I’m not sure why the guy filming it put the octopus into the closed jar – probably just to make this video, let’s hope he doesn’t have a vendetta against octopuses or anything –  but it doesn’t really matter because the octopus was out of there in less than two minutes, even though it barely had any room to manoeuvre at all.

Smart, and also kind of terrifying. Especially when you consider it’s not even one of the scariest creatures in the sea.