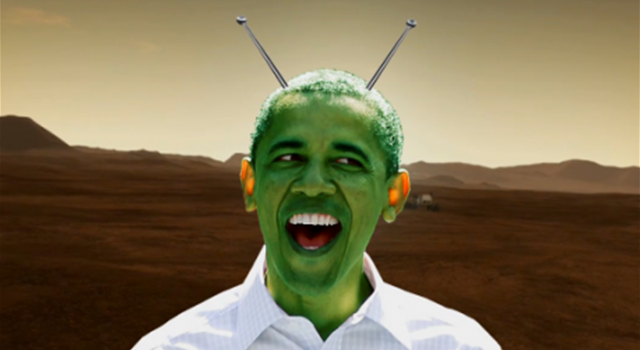 Every once in a while I like to bring you the babblings of a nutjob. So here’s Basiago who claims to have traveled through time and met Obama on Mars.

Don’t worry, I’m not going to try to convince you that Obama has been to Mars. Of course he hasn’t, no one has. “So why bother asking the question?” I hear you cry. Well according to one fella he has been, and anyone who genuinely believes something as bonkers as that simply has to get a mention I’m afraid.

Our main protagonist and full-time dreamer is one Andrew D. Basiago. Once upon a time Basiago was a well-respected lawyer in Vancouver, he still is a lawyer but I’m not sure how respected he is. So he’s not your average conspiracy nut with a manky beard, an alien T-shirt and halitosis. Look how nice he looks: 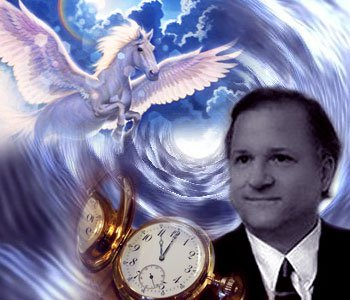 He is the self-proclaimed “discoverer of life on Mars.” Now, I’ll show you some of his “proof” in a minute and I think you’ll agree that it’s more like personal hallucinations and delusions of grandeur, but hold on a sec. Let’s deal with Obama first.

Basiago claims that he was part of a secret government project as a child called Project Pegasus. He was a “chrononaut” which meant that himself and some other children of the same age were transported back and forward in time. Project Pegasus, run by the Defense Advanced Research Projects Agency (DARPA), started in the 70s.

Via this wonderful and secret technology he has visited the surface of Mars and witnessed the crucifixion of Christ via a “chronovisor”. These chronovisors, as far as I can tell without dedicating too much of my precious time to it, are visors that enable you to jump in and out of different sections of time and witness what’s gone on in the past and what will go on in the future. A pretty cool gizmo to have, it’s a shame it’s utter balderdash really, I could do with one to help me find where I left my keys last night.

Basiago claims that Barrack was known as Barry Soetero back then, but he was part of their Mars mission training group. He also bumped into the young President at secret bases on Mars a couple of times. Well… I must admit I’m not sold. The mission’s aim was to “acclimate Martian humanoids and animals to their presence”. Palpable guff.

So why is he bringing all this up now?..