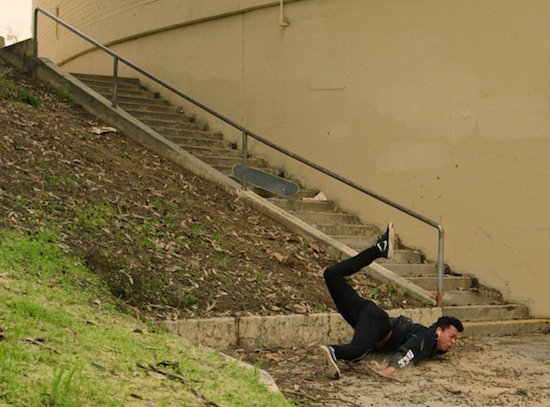 It’s been a while since we’ve featured a skate video on Sick Chirpse, but when I checked out Nyjah Huston’s new release ‘Til Death’ I couldn’t not include it – it’s that good.

The video itself is over ten minutes so make sure you’re settled in and ready to watch this one because believe me, it does not disappoint. As well as featuring some of the most horrific bails of the year, the video also features some of the sickest tricks of the year as literally every one is some kind of ender.

You’ve gotta see this to believe it, but some of the grinds and the lines in it completely blew my mind. Enjoy:

Wow. If that doesn’t win video of the year then it looks as if it’s going to be an exceptional year for skating. Excited to see what’s to come for it.

For more of the same, check out how skateboarding is changing lives in rural South Africa. Awesome.