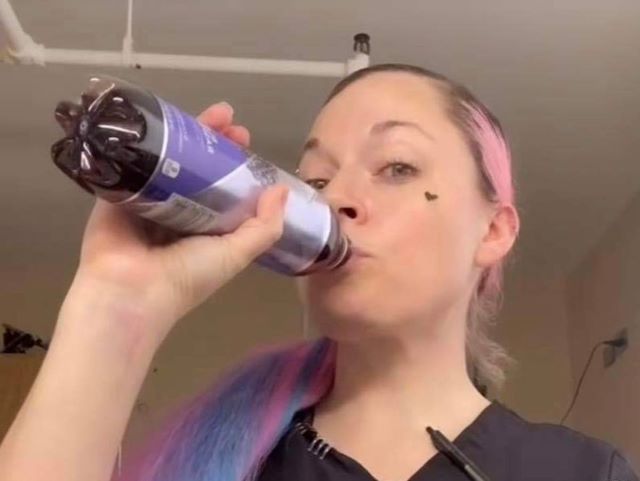 What was she thinking?

A North Carolina nurse has been fired from nursing facility The Citadel in Winston-Salem after she posted multiple videos on TikTok talking about how she supposedly mistreats patients.

There’s no evidence (yet) to suggest that Kelly really has mistreated patients, but I think generally people prefer nurses that don’t crack jokes about giving patients too many pills, lying about vital signs, or acting like they don’t care when a patient dies.

Naturally people were just a tad bit concerned by the content of Kelly’s TikToks and let her employer know, who did the only thing they really could do and let her go.

It wasn’t long before Kelly started up a fundraiser…

No baby daddy around I’m guessing? Obviously it’s not nice to see a single mum with 3 kids get fired from a profession where she’s probably gonna be blacklisted and forced to start another career, but it’s a bit lame that she refuses to take any responsibility for it. It’s like she still doesn’t see what the problem is!

Thus far Kelly has raised $200 out of her $50,000 goal, which isn’t great but still pretty amazing that anyone would donate in the first place. Let’s hope Kelly sees the error of her ways and maybe even gets herself a new job. First thing she should do though is delete TikTok IMO. Good luck!

To watch an NHS worker beat up a patient who then yells “you’re supposed to be looking after us!”, click HERE. He’s not wrong.