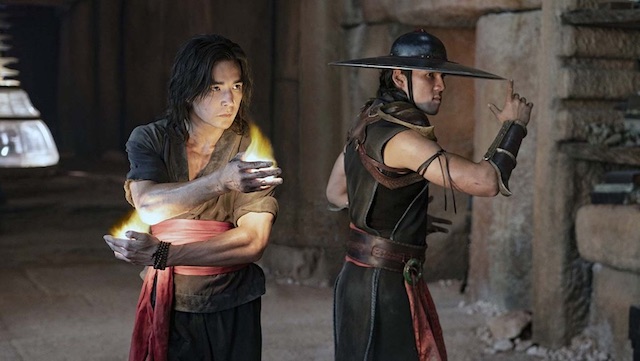 I don’t think that anyone is really thinking that the new ‘Mortal Kombat’ movie is going to be anything except for completely and utterly stupid, but I reckon that’s exactly what everyone involved with it is banking on and why it’s probably going to be a massive hit. Just look at how well ‘Godzilla vs King Kong’ has been doing.

Anyway, if the thought of a bunch of people having ridiculous fights and killing each other in increasingly bizarre and painful methods wasn’t enough to make you tune in, then Warner Bros have kindly decided to release the first seven minutes of the movie onto the internet for free ahead of its US release date on Friday. You can check that out below (although sadly you have to head over to YouTube because of age restrictions) and read the official synopsis underneath that as well:

In Mortal Kombat, MMA fighter Cole Young, accustomed to taking a beating for money, is unaware of his heritage—or why Outworld’s Emperor Shang Tsung has sent his best warrior, Sub-Zero, an otherworldly Cryomancer, to hunt Cole down.

Fearing for his family’s safety, Cole goes in search of Sonya Blade at the direction of Jax, a Special Forces Major who bears the same strange dragon marking Cole was born with.

Soon, he finds himself at the temple of Lord Raiden, an Elder God and the protector of Earthrealm, who grants sanctuary to those who bear the mark.

Here, Cole trains with experienced warriors Liu Kang, Kung Lao and rogue mercenary Kano, as he prepares to stand with Earth’s greatest champions against the enemies of Outworld in a high stakes battle for the universe.

But will Cole be pushed hard enough to unlock his arcana—the immense power from within his soul—in time to save not only his family, but to stop Outworld once and for all?

OK so there was at least five minutes too much exposition there at the start, but when they started fighting I was all for it, especially when the stupid music kicked in. I guess that guy was Scorpion from the way that he was fighting and that makes the other guy Sub Zero, which I suppose makes sense in the mythology. Just need less of that crap that took up the first five minutes and it’s gonna be golden.

Sadly I have no idea when it’s going to be coming out this side of the pond, but you would think they would wanna roll it out once the cinemas re-open and even if not it’ll probably be on Sky Atlantic/Sky Movies like ‘The Snyder Cut’ et al. Sooner rather than later hopefully.

For more of the same, check out these Mortal Kombat fatalities in reality. Absolutely awesome..