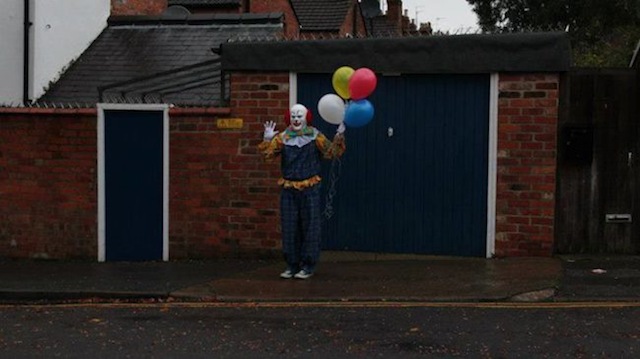 Someone dressed as an evil clown has been going out of their way to creep people out in Northampton.

An anonymous clown has been roaming the streets of Northampton every night since Friday 13th and appears to be going out of his way to creep people out. Any of our East Midlands readers spotted him?

He seems to be rocking the Pennywise look from the 1990 horror movie IT – not the friendliest clown around. He was first spotted on Friday 13th and then again the next night on Cedar Road in the north-east of the city. He also knocked on a stranger’s door and offered to paint their window sills despite having no equipment.

â˜› More Crazy Clowns: Guy At Gathering Of The Juggalos Cuts His Nipple Off For $100 (NSFW)

Having sufficiently freaked out an entire town and beyond, the police are now on the lookout for the clown. Nobody likes clowns anyway – even at 4 years old you’d have to be a complete psychopath to want them around. That’s why we’re thinking that what this needs is an old school angry town mob – a ‘community watch’ – to take to the streets with pitchforks and fire and find this guy before he goes full Joker mode on us. 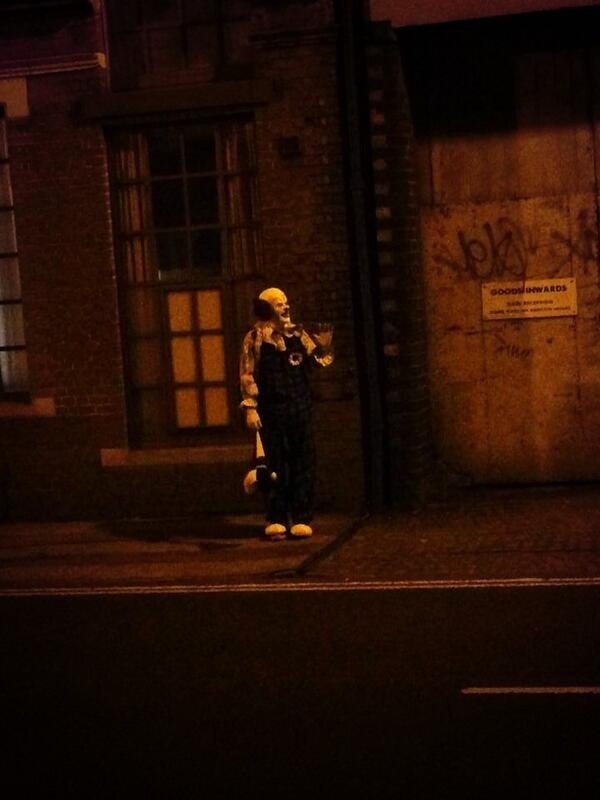 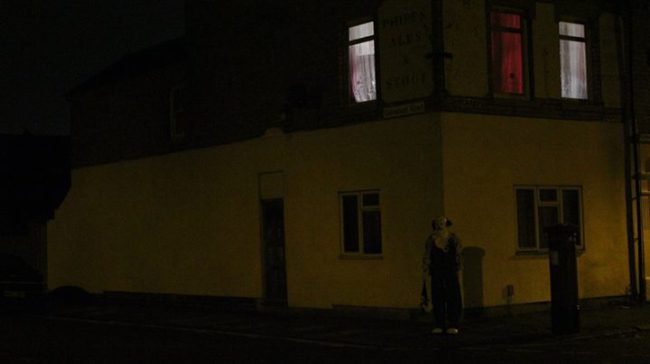 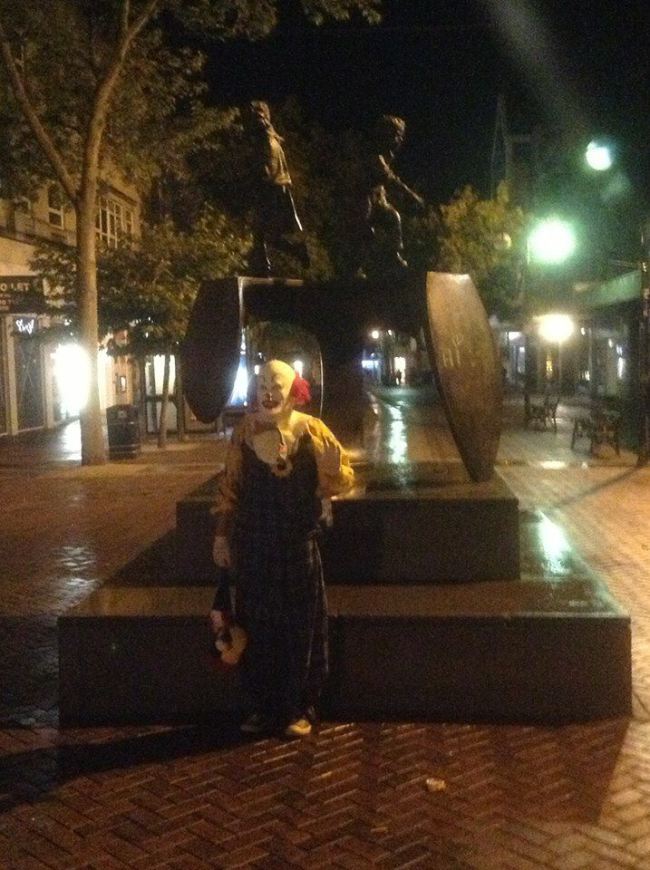