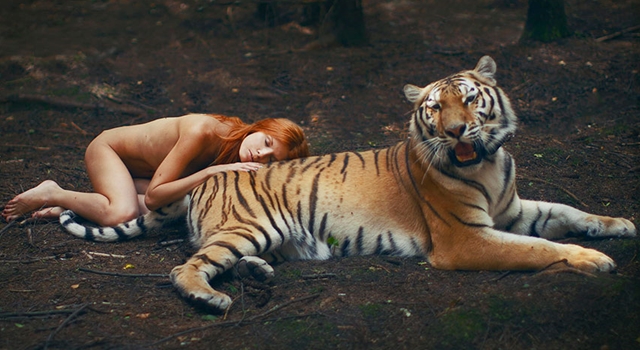 You wouldn’t catch me lying naked next to a massive tiger that’s for sure. I hope Katerina Plotnikova pays her models well.

Katerina Plotnikova is a Russian born photographer who takes pictures of humans with animals. That’s not such a mad thing to do I guess, but when you’re talking about children with snakes and women with bears there’s a bit more of a risky element at play. You remember that video of a brawl between two bears we put up recently, right? Those guys are handy. 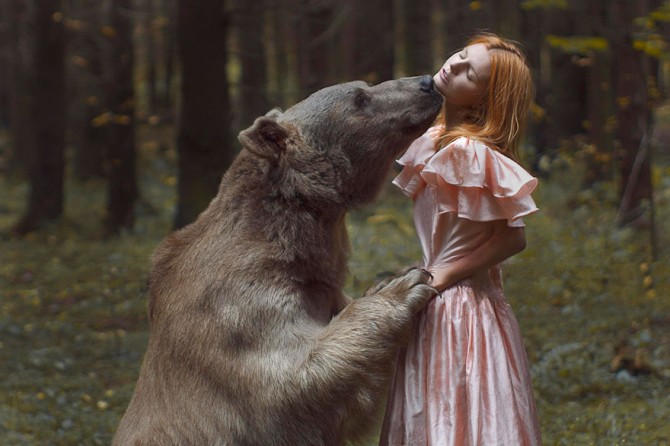 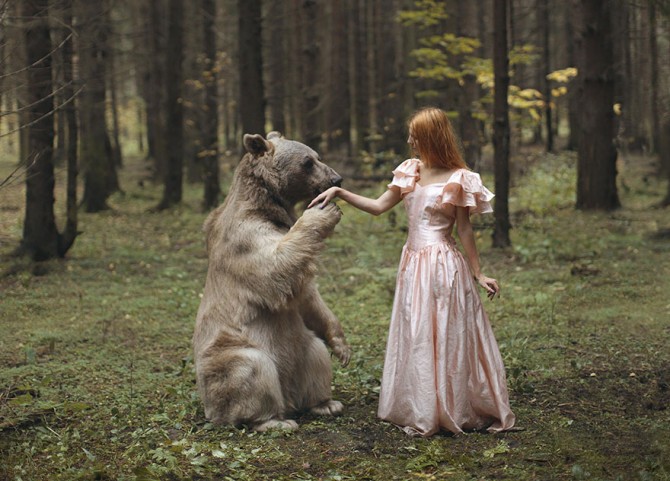 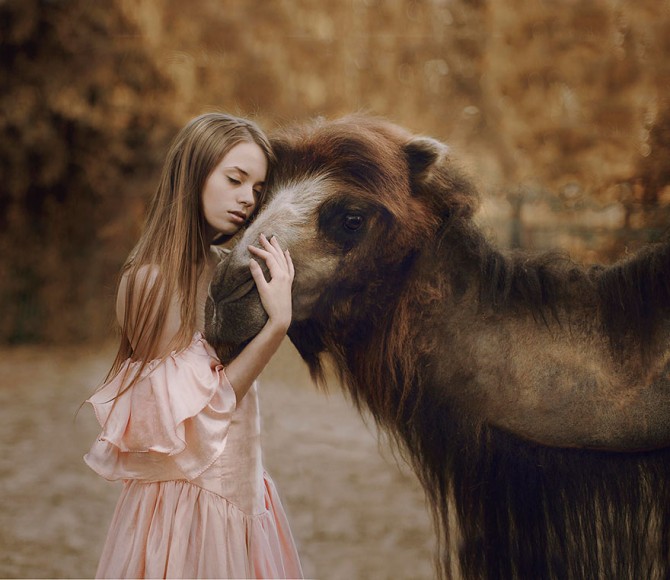 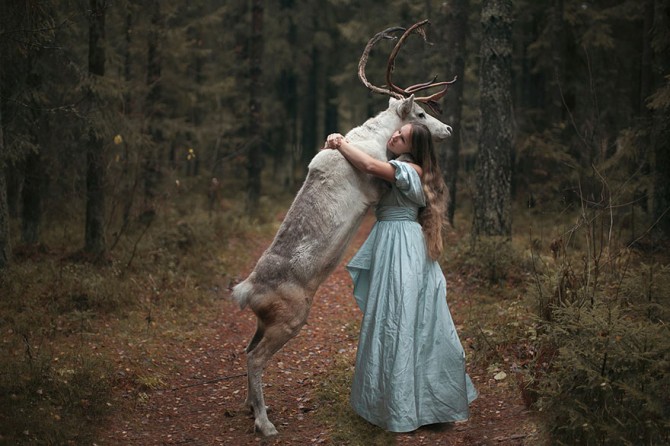 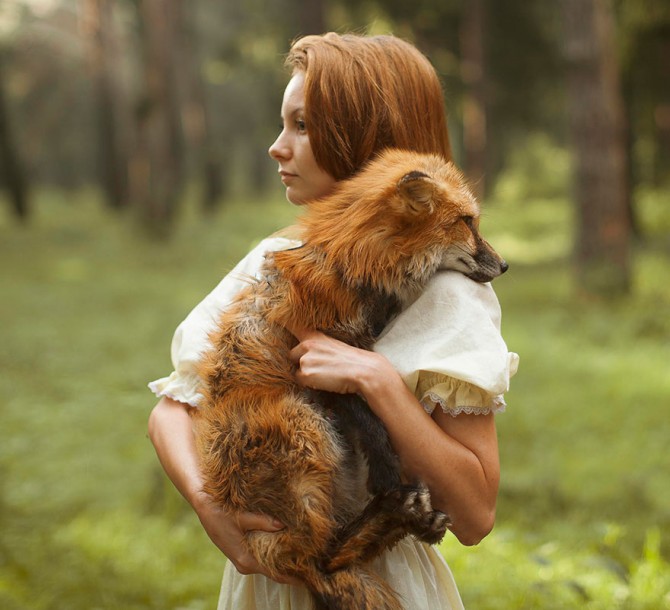 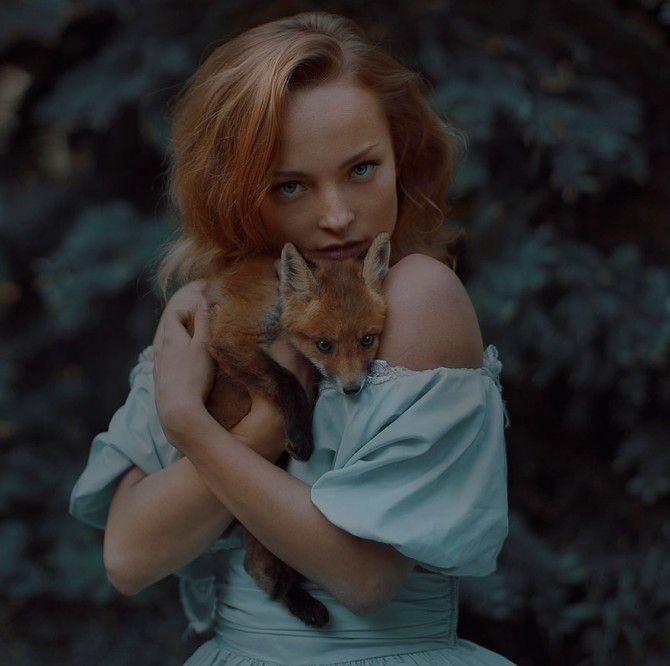 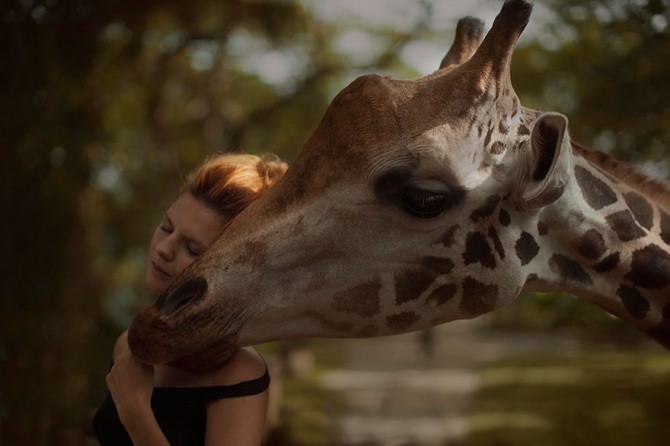 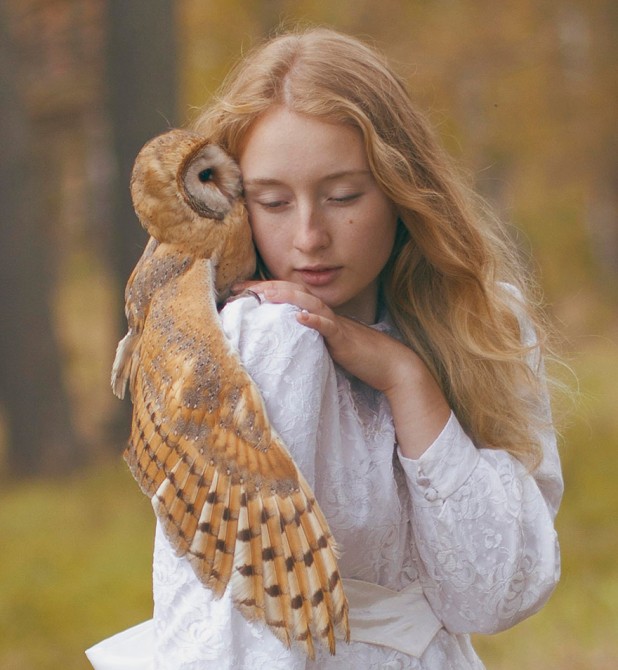 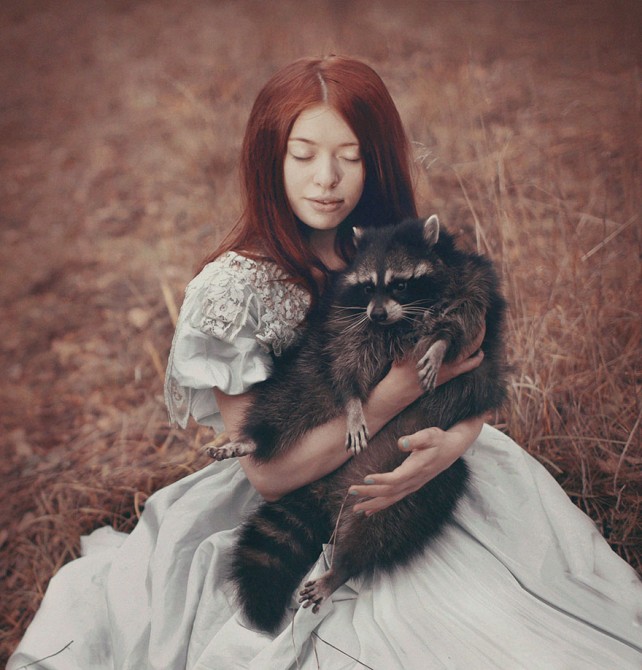 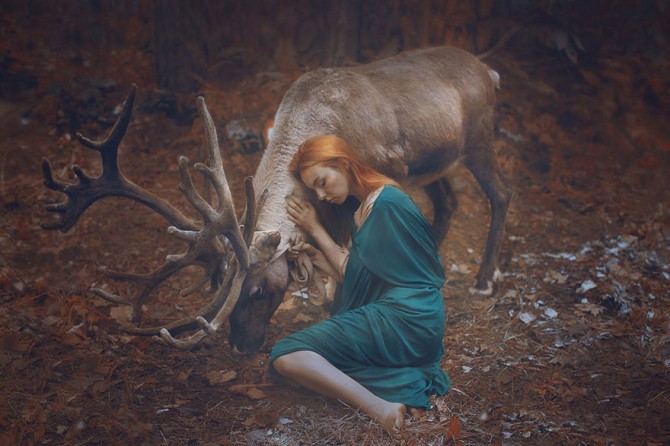 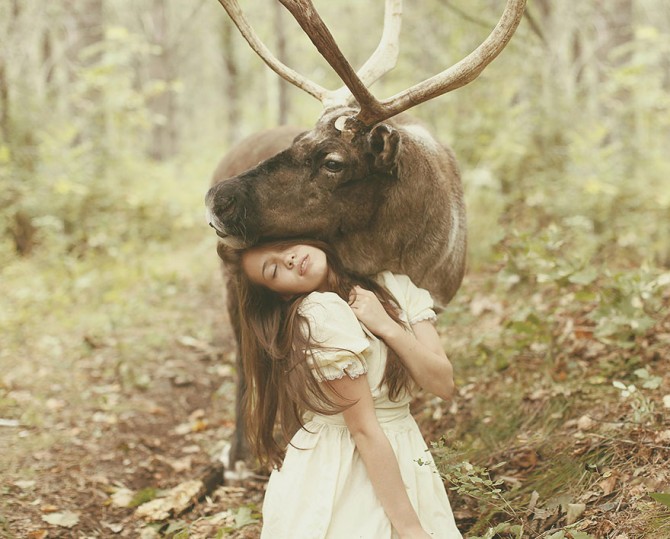 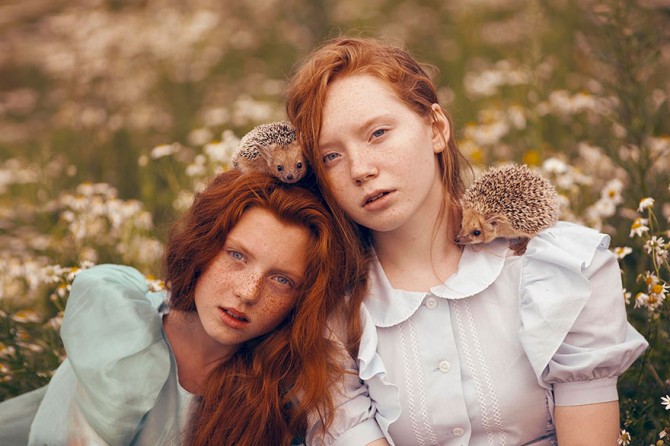 This last one’s a behind the scenes shot. It sort of ruins the magic a bit. But I like ruining magic, so that’s that: 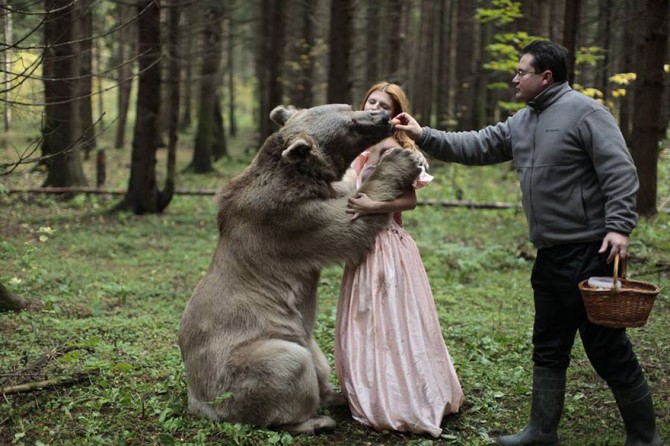