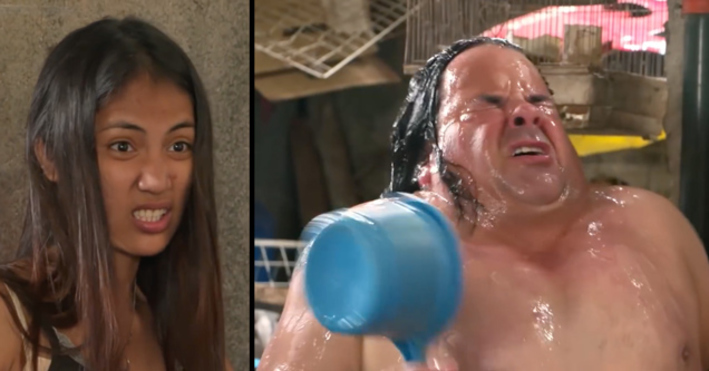 Can this show get any cringier?

As if having his fiance call him rude and ugly and all but throw up in his face every time he tries to show her a little affection wasn’t bad enough, ‘No Neck’ Ed has now been made to shower with her dad in the latest clip from ultra cringe reality TV show ’90 Day Fiance’.

It’s no ordinary shower either, as it looks as though Rose’s family basically have their own home wet market going on in the same place they wash themselves every day:

Poor guy. Although it does seem like they’re getting along better, at least? I mean OK she’s still recoiling in disgust at the sight of him and I guess it must be weird when your elderly father is in better shape than your fiance, but Rose seems entertained by him in this clip at least.

Which is more than can be said for the morning after they had sex for the first time – yikes:

I don’t know who I feel more sorry for TBH – Rose, Ed, or the shower rat in the previous clip.

The maddest part is that Ed was actually a pretty good-looking dude in his youth. What went wrong?