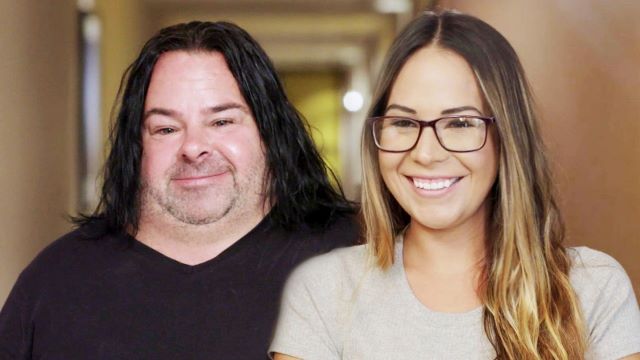 Big Ed is back.

Big Ed AKA No Neck Ed became a viral superstar last year after falling in love with a Filipino girl 30 years younger than him on ’90 Day Fiancé’, and all the hilarious content their romance produced over the course of the show.

Well it looks as though Ed & Rosemarie are no more, but not to worry because Ed is now starring on ’90 Day Fiancé: The Single Life’ where he’s hooked up with a new girl named Liz. And guess what? Not only has her shagged her too, he’s also got her to admit it on camera! Watch below:

Incredible. Did Liz get paid a million dollars to appear on this show or what? She at least seems more comfortable with the whole thing than Rosemarie, who appeared like she was putting herself through hell for a green card or something, but you still get the feeling Liz is forcing herself into it too this while Ed is acting like he’s found true love all over again. It’s another disaster waiting to happen!

Here’s another clip of their first kiss – just brutally awkward all around:

“Don’t make it weird” – proceeds to say “thank you” as the kiss finishes – lol. I’m not sure I’ve ever felt so uncomfortable watching anything in my life. Never change, Big Ed.

To re-live the morning after Ed had sex with Rosemarie and the awkwardness that ensued, click HERE. Classic stuff.