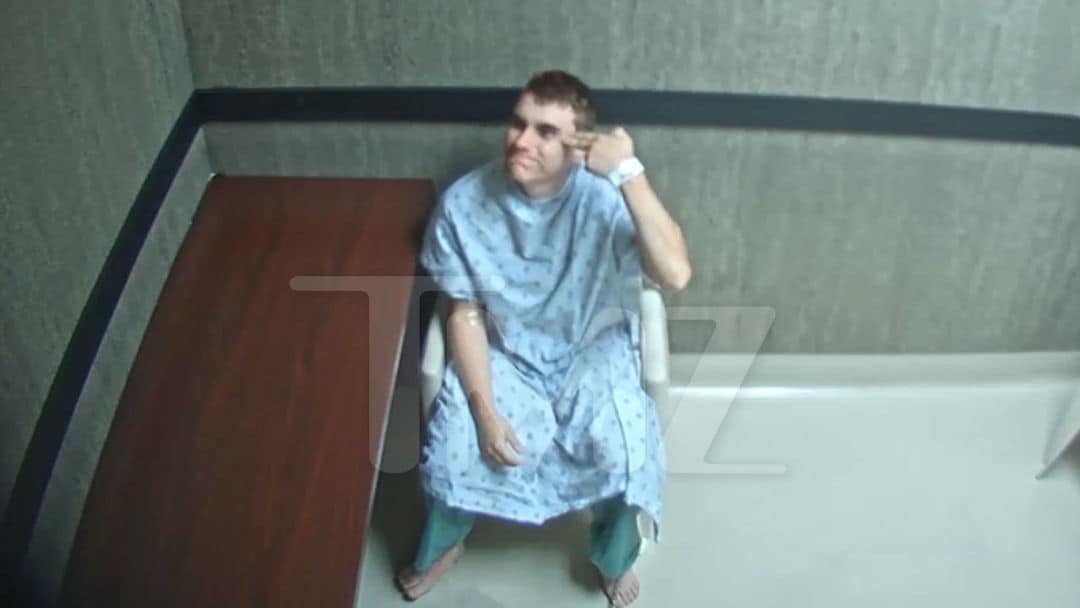 He rambles about demons, pretends to shoot himself in the head and asks to be killed.

Back in February, 19-year-old Nikolas Cruz stormed Marjory Stoneman Douglas High School in Florida and gunned down 17 students in one the most horrific school shootings in history.

In it, he rambles about demons, pretends to shoot himself in the head, begs to be killed, and repeatedly asks to see his 18-year-old brother.

There’s also this video in which they bring in his brother to talk to him:

Nikolas’s trial date has been set for September 2019, in which I guess he’ll plead guilty and get life in prison. That’s the least he deserves of course, but it’s just so damn tragic that any person can reach this point in their lives in the first place. I mean the kid is completely out of his mind. At what point in his life did it all go wrong?