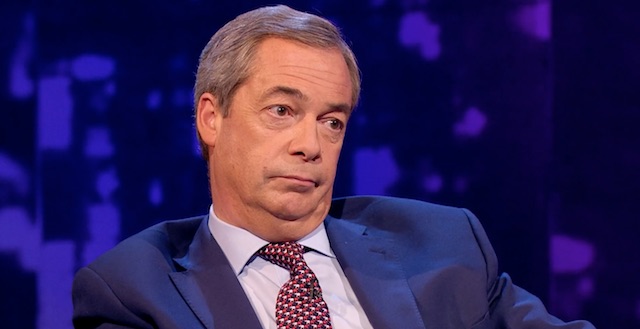 There probably hasn’t been too many better ways to spend your time during lockdown than pranking celebrities on Cameo to send spoof messages to your friends, but it looks as though someone has saved the best until last after they managed to trick Nigel Farage into wishing happy birthday to a ‘Hugh Janus’.

Farage is charging £75 for a personalised Cameo and promises to respond within 12 hours – I guess he isn’t doing much these days now all his dreams have come true – and whilst I’m sure there are numerous people out there that are using this service for the right reasons, it’s way more funny when someone sets up something like what you can see below:

Happy birthday Hugh Janus. I’ve heard you’re a massive fan of shzwheelie [TikTok star] and her battle against Cal the Dragon [another TikToker].

How could I help to make sure shzwheelie wins the war against Cal and his garden gnome army? And this is from the lads… lads… lads… happy birthday.

Lol. I guess you can argue that it’s kinda stupid that people are paying him £75 to do that and he’s ultimately the winner in getting paid that much for 20 seconds work even if he does look really stupid, but what price can you put on a good laugh? There’s a philosophical question for you to start your Thursday with hey?

For more of the same, check out Farage having an absolute meltdown during an interview with the BBC’s Andrew Marr. Absolute classic.