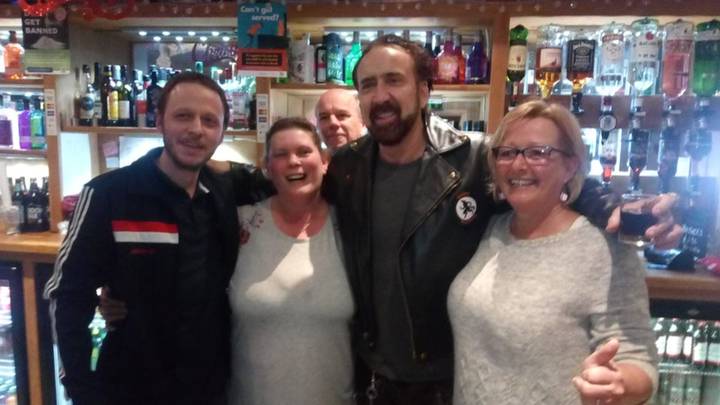 I’m not sure where you spent your NYE, but chances are you paid more and didn’t have as good a time as those who decided to attend the Tramways Social Club in Wells, Somerset as none other than Hollywood legend Nicolas Cage decided to show up and treat everyone to a drink.

The original picture that you can see above us appeared on Reddit yesterday, with a user named Koink saying that Cage showed up. Here are his exact words:

Nicolas Cage spent NYE in my small, local pub, in Somerset, UK. He bought everyone a drink.

Incidentally, he was a total legend, cool dude and is now a member.

What a hero. This might sound a bit ridiculous to begin with but the photograph doesn’t look like it’s been Photoshopped and if you do a little big of digging, it actually completely adds up because Cage has previously revealed that he owns property in Somerset and feels a connection with the area. He’s previously made the following comments about it: 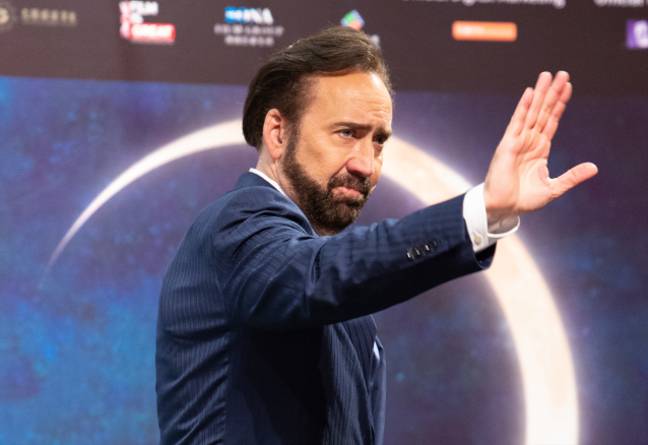 I am a self-confessed Anglophile. I love everything about England; the history, the people, the countryside, the culture – you name it, I love it.

I love seeing places like Buckingham Palace and all those other fantastic buildings which are steeped in history and culture. I love the whole concept of the Royal Family.

As an American you want to see all those things when you come to Britain but I wanted more than that, I wanted to live among all these great treasures.

I wanted to be a part of it so I looked for somewhere to call home here.

When I looked at Somerset I just fell in love with the county.

It has so much to offer; great countryside, great towns, great people and, of course, it has Glastonbury too.

I actually feel more at home in England than in America because I do not like what was done to the Native Americans.

I always see America as really belonging to the Native Americans.

Even though I’m American I still feel like a visitor in my own country.

It is very different when I’m in England.

I know I’m technically still a visitor but I do feel a connection with my ancestry here.

Well there you have it. Nicolas Cage lives in Somerset and likes getting pissed up at the Tramways Social Club in Wells – any of you Cage stand that wanna meet him should probably get a membership themselves.

For more of the same, check out Nic Cage having a karaoke meltdown singing Purple Rain. Weird.