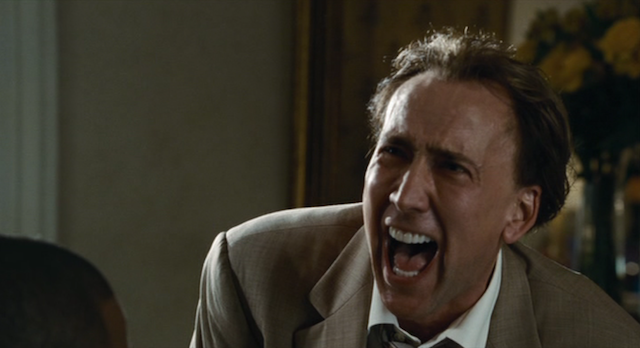 Unbelievably this is 20 minutes long.

It seems like the internet hasn’t been awash with as much Nicolas Cage content as it once was in the past. Maybe it’s because he hasn’t had a movie out in a while, or maybe it’s because the guy who’s responsible for one of the best things on the internet – the Nicolas Cage losing his shit freak montage – has been studiously spending the last three years (we can only assume) on his next huge project, which is a 20 minute long video of every single one of Nicolas Cage’s laughs in every single one of Nicolas Cage’s movies.

To say getting through this is an effort is an understatement, so we can only guess what happened to Mark Heiliger when he was editing all this together. At least we have it now though, and we all know what to put on whenever we need anyone to leave a party.

â˜› More Laughing: Someone Made A Dance Remix Of Jeff Goldblum’s Weird Laugh From Jurassic Park