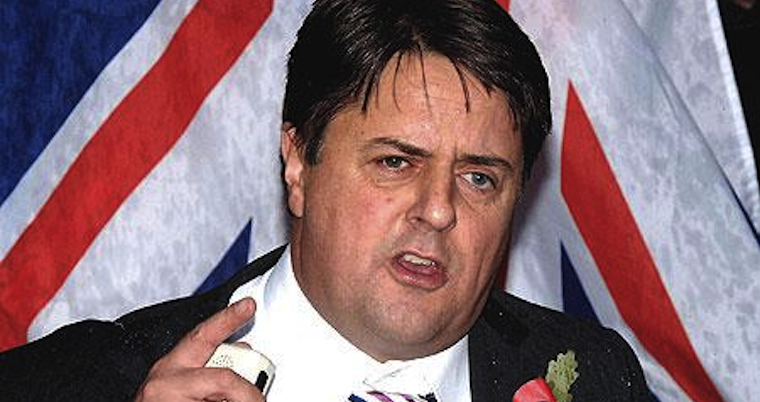 The Nigella Lawson/Charles Saatchi incident got even worse when Nick Griffin decides he isn’t getting enough attention.

I saw some photos this morning of Saatchi arguing with his wife, (celebrity sexbomb wet dream chef Nigella Lawson). Nothing too surreal – you’d shrug at that sentence, despite the over zealous description. I had a fight this morning with my boyfriend about pronunciation, so you know, it happens.

The photos themselves were shocking. I’m sure most of you have seen them since, and they are absolutely vile. Saatchi has his hands around Nigella’s neck, as she stares at him, distraught and unmoving. He is, quite obviously, strangling her.

I’m not sure how someone can come along and say ‘no no, it looks like he was, but he was actually brushing her hair behind her ear and whispering sweet nothings into her ear’. Shut up, he has his hands around her neck and then later she is seen leaving the restaurant crying.

That is abuse. That is awful fucking abuse.

If you haven’t seen those pictures, check them out below, we wrote about the whole incident earlier tonight.

â˜› Read Next: Nigella Lawson Strangled By Charles Saatchi; Saatchi Laughs It Off As Playful Tiff

And then Nick Griffin decides he wanted some attention. 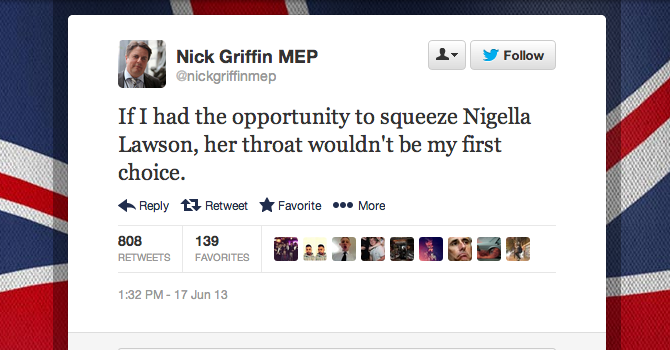 Wow. We all know he’s an awful awful bastard, but wow. You’d think he’d go ‘oh shit, I’m getting a lot of abuse about this tweet, better take it down and stop!”. 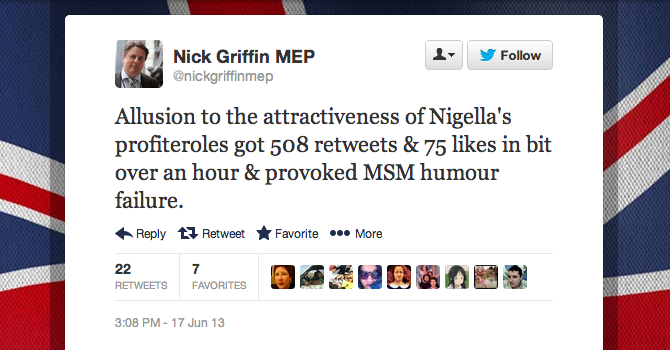 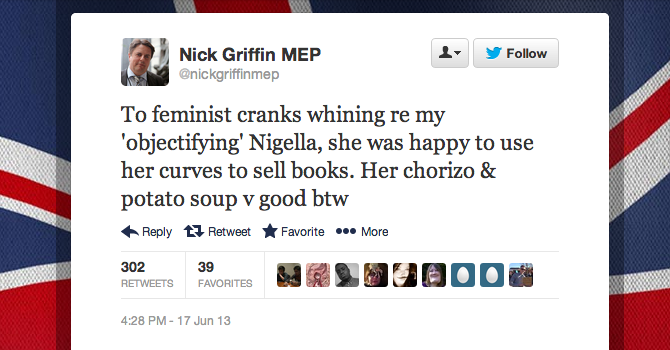 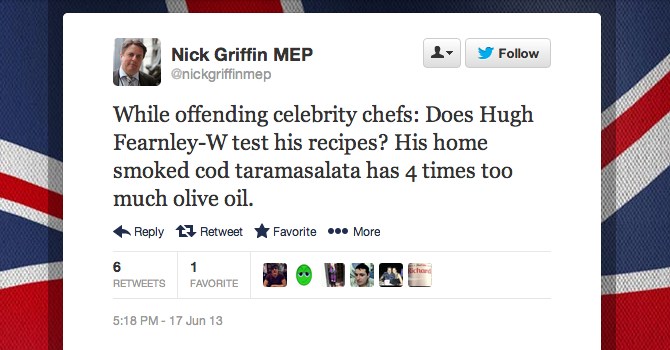 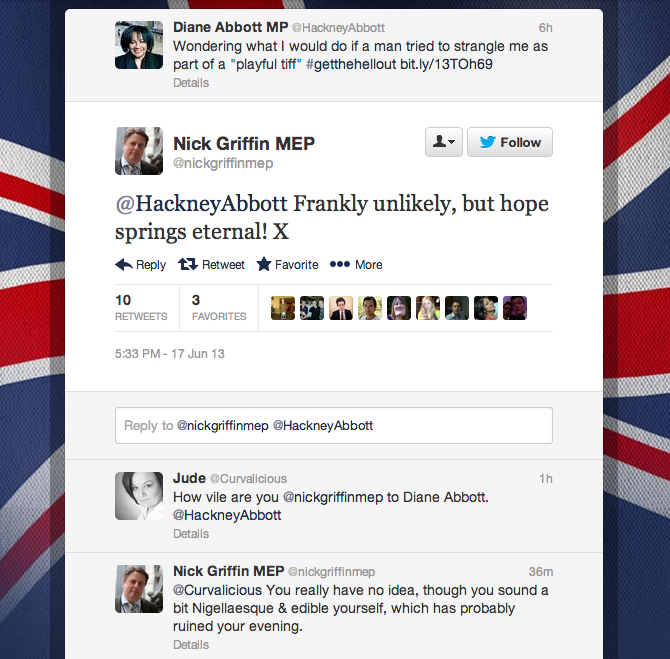 â˜› Read Next: Politicians Around The World Scrapping On TV

It’s like an ongoing rolling ball of shit, falling into the ears and eyes of the innocent public.

Saatchi still hasn’t admitted to being a violent husband, calling it instead a ‘playful tif’. Nick Griffin on the other hand refuses to let anyone think anything better of him. Both of them are as lovely as a bag of rusty razors in a pick and mix shop.