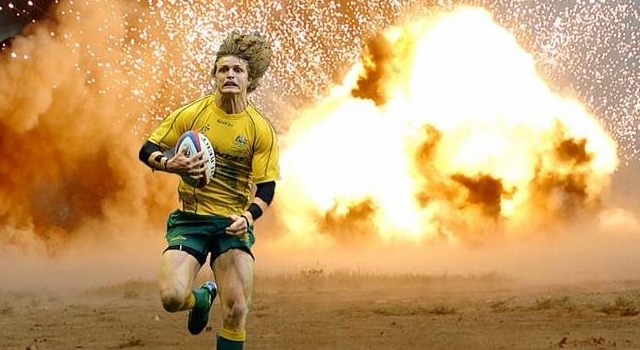 Nick Cummins AKA the Honey Badger is a wizard on the wing. He’s also a full time, non-stop loon. Here’s a couple of interviews with the most Aussie Aussie ever.

Nick Cummins isn’t a particularly familiar name in the Northern Hemisphere but on the opposite side of the world he’s a household name. Cummins is a rugby union pro and plays on the wing for the Western Force in the Super Rugby competition and for the Wallabies in international matches.

His nickname has been Honey Badger ever since he watched a nature doco where a honey badger beat up a lion. He was impressed and took the name as his own, and it stuck. He’s played in various teams, including the Australian national side and he’s a pretty good player by all accounts. But that’s not the important thing here. He’s also a fruit loop.

He’s like a parody of all things Australian with a vocabulary of metaphors that will blow your mind wide open. I watched my first video of him being interviewed today and I have to tell you I am already a massive fan of his work. 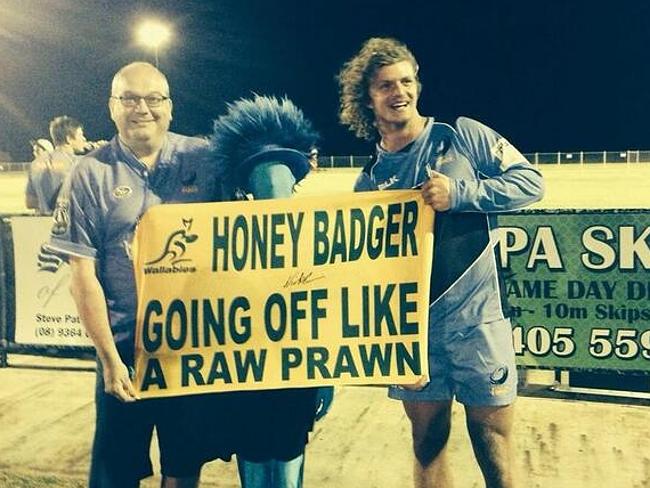 He says things like “the boys were on it like seagulls at a tip” and “sweating like a gypsy with a mortgage”. Political correctness are two words that he’s never used in that order and he certainly doesn’t seem to have any kind of issue with being on camera. A lot of sports people, especially English footballers are more wooden than the horse of troy when they’re being interviewed but the Honey badger has no fear of the bright lights. 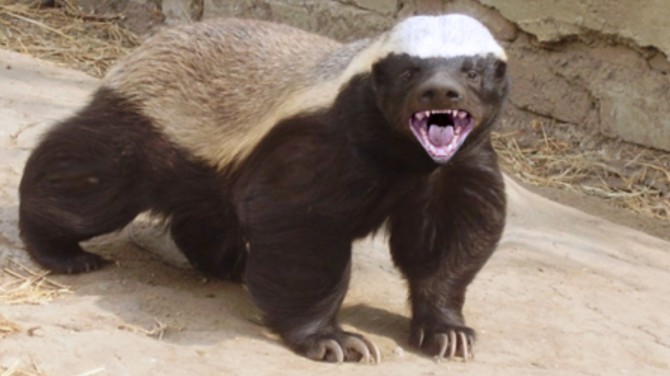 Here’s a classic post match interview from last weekend just to get you up to speed with his word wizardry. If you know anyone more Australian than Cummins I will be impressed (Chopper doesn’t count ’cause he’s dead).

See what I mean? He’s so Australian yet ferociously likable. Other quotes of note are “I just saw the line, pinned me ears back and ended up bagging a bit of meat in the corner there, which was tops!” and “My old man woke me up in the morning. He was going off like a bag of cats”.