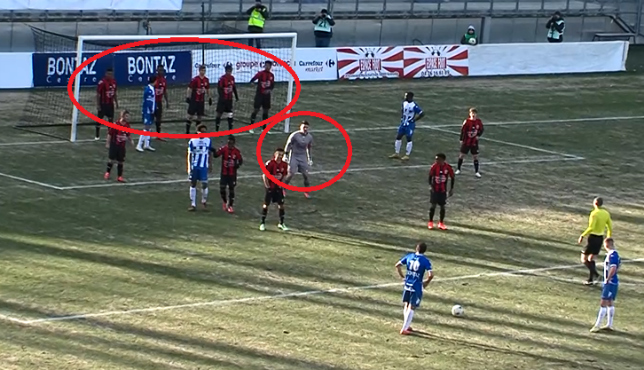 I’ve never even thought about anything like this, let alone tried it.

Nice’s B-team over in the French league have barely even touched the edge of my radar when it comes to football, but this defensive free kick routine is one of the most revolutionary I’ve ever seen – and what’s more it seemed to work.

Nice were playing Grenoble’s B-team over the weekend when they decided that in order to defend a free kick on the edge of the area they were going to try something really out of the box. Instead of sticking their goalkeeper in goal like most teams and placing a wall ten years from the guy taking the free kick, they brought their keeper out of goal and instead put the wall on the line to defend it.

It worked a treat too, as the free kick was going in but was easily headed off the line by one of the defenders. Could we be seeing the big teams using this technique in the future?

It’s definitely not as messed up as this ridiculous free kick routine though.