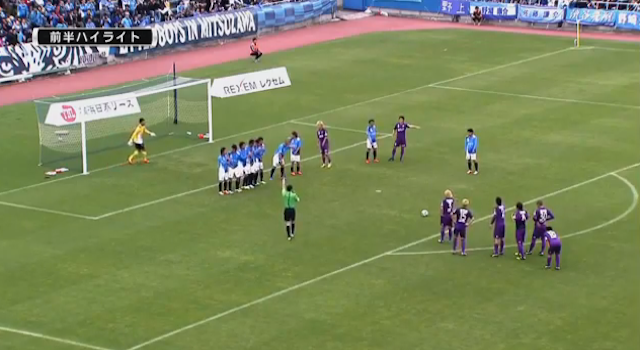 Kyoto Sanga are a team from the Japanese second division who evidently spend way too much time on ridiculous free kick routines on the training ground.

In the example below, we see them lining up an indirect free kick just inside the area against rivals Yokohama. An amazing five players dummy the ball before one of them touches it back to his buddy to slam into the back of the net.

Although it’s pretty impressive they had this worked out, you’ve got to think it’s kind of stupid to practice something like this during training because you’re going to be lucky if you even receive one indirect free kick during a whole season. Still, I guess if you’ve got it planned out then you can do something like this and it will go viral on the internet. Go figure.

â˜› More Free Kicks: Is This The Stupidest Free Kick Ever?

â˜› Read Next: Most Bizarre Free Kick Ever