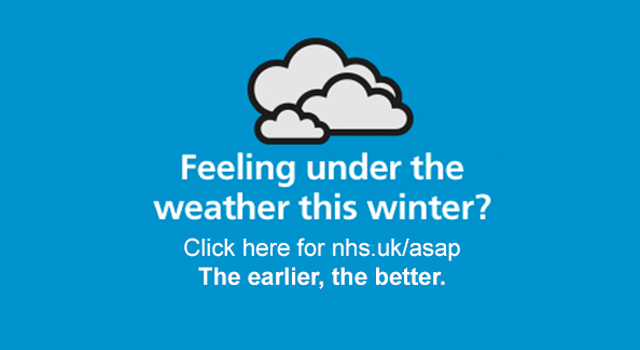 An NHS sign advising people to see their GP if they were ‘feeling under the weather’ was blown off a building hospitalising an unsuspecting member of the public.

The current bout of bad weather we’re suffering from in the UK has so far caused a right old shit-storm. Touch wood I’m lucky enough to have not been afflicted by the severe flooding or hurricane force winds (except replacing a fence panel, but that’s negligible when people are swimming around in their fucking living rooms).

Still, one thing that really grinds my gears is relentless gale-force wind. It makes even the simplest task, like walking to your local shop, a giant bloody ball-ache. But as much as I may hate the wind, I’m sure I don’t hate it as much as this dude right now.

In a massive gust of irony an NHS sign in Leicester advising people to see their GP if they were ‘feeling under the weather’ was blown down by violent winds to land of top of an unsuspecting member of the public.

The sign was made of solid wood and measured 15ft by 30ft — so as you can imagine having a sign like this land on you would royally fuck your day up. In fact, the currently unidentified man this sign landed on was hospitalised with head injuries, and although the irony of this story is laughable, I don’t wish head injuries on anybody. So, whoever you are unidentified dude, I hope you make a full and speedy recovery.

Here’s a picture of the sign in question from the Leicester Mercury: 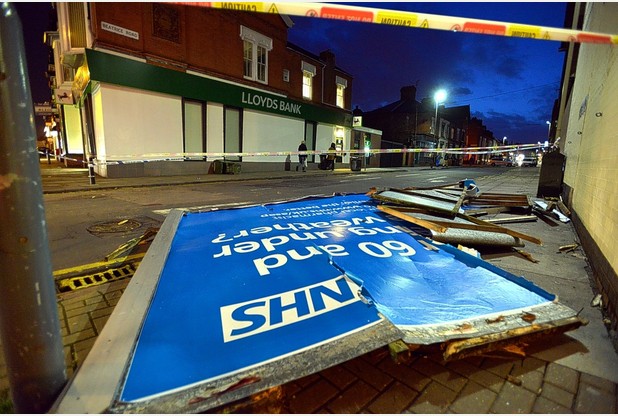 To make matters even worse a witness at the scene said the guy had even gone into the chemist that owned the sign to inform them that it looked unstable in the wind. As he came out with the chemist owner to take a look at the sign, it blew off the side of the building and landed straight on top of him, putting him well and truly ‘under the weather’.

â˜› Next Up: Incredible Pictures Of Cocooned Trees