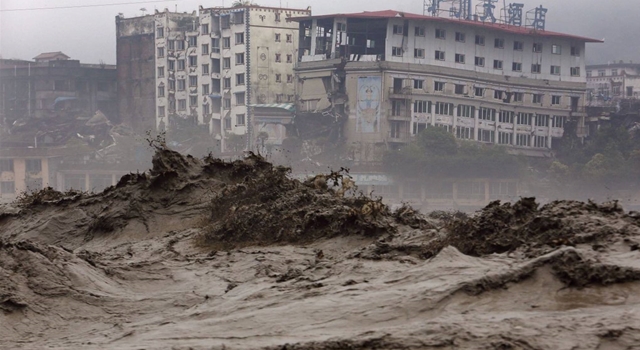 China is prone to floods as it is, and when three huge rivers burst their banks simultaneously and you have no flood defenses, a whole country suffers.

The China Flood of 1931 was the worst natural disaster in recorded history. It consisted of a number of floods, that took place over just a couple of months and spanned across the whole country. The floods smashed the place to bits and ruined everything for years.

The death toll is hard to quantify exactly because in 1930’s China records weren’t kept, and if they had been they would have been washed away. At that time people hadn’t learned how to save data in the Cloud. Estimates are that up to 4 million people perished and as many as 50 million people were affected. The flood waters spread out over 70,000 square miles of land.

This was once fields as far as the eye could see: 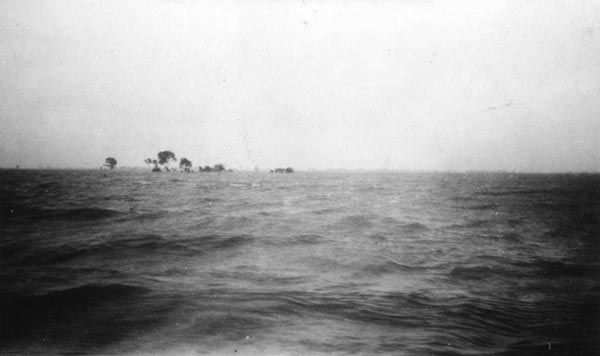 The reason for the floods, as ever, was too much water. That’s generally the reason for floods. Paradoxically, however, the scene was set by a long drought from 1928 to 1930 which gave way to a particularly snowy winter in 1930 and then in the spring of 1931 the snow thawed and there was a shed load of rain, so a bone dry China became an  Ã¼ber-damp China over night.

To exacerbate the thaw/wet spring, the summer got wetter. In July and August there was a glut of rain. During a normal cyclone season, China will get two or three cyclones. In the July of 1931 China was treated to seven in just one month, some areas got 2 feet (61 cm) of rain. Just to help you get your head round how mental that figure is, Manchester only gets a few inches more than that in an average year. So yeah, pretty soggy.