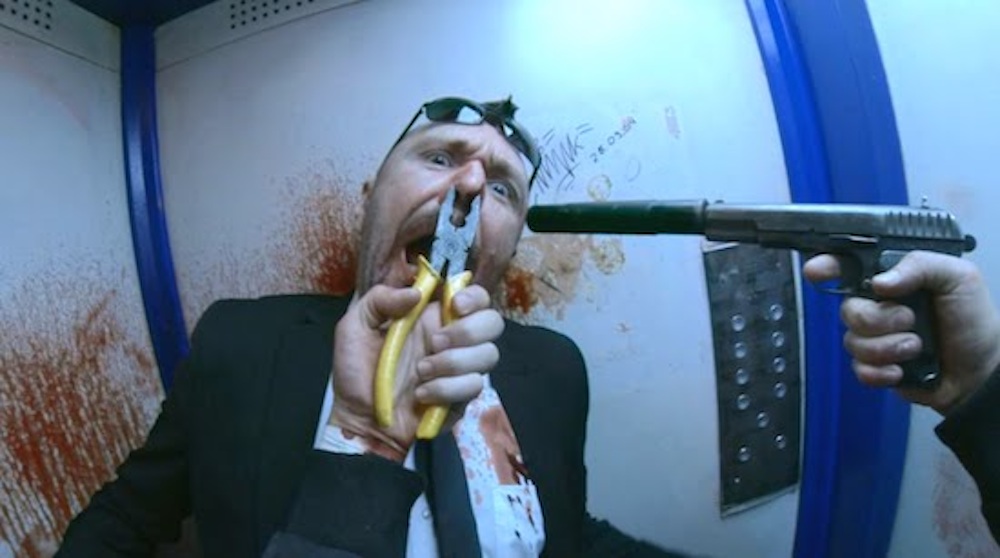 There is no way that this isn’t going to completely rule.

Almost a year go we posted a trailer for a movie that was trying to get crowd funded called Hardcore, which promised to be the first ever first person action movie.

It looked dope back then and it looks even better now that it’s actually finished and there’s an official trailer out. Here’s a quick summary of the plot:

You remember nothing. Mainly because you’ve just been brought back from the dead by your wife (Haley Bennett). She tells you that your name is Henry and congratulations, you’re now a cyborg.

5 minutes later, your wife has been kidnapped and you should probably go get her back. Who’s got her? His name’s Akan (Danila Kozlovsky), he’s just a psychotic megalomaniac with telekinetic powers, and a never-ending army of mercenaries. You’re also in an unfamiliar city of Moscow, Russia and everyone wants you dead. Everyone, except for a mysterious British fellow called Jimmy (Sharlto Copley). He might be on your side. Good luck Henry. You’re very much likely to need it.

Sounds like the plot of a video game right, but I suppose that’s the point? Check out the trailer below:

Wow. Not sure if there’s going to be enough action there for me. If you enjoyed that, check out the top 100 action movie one liners afterwards.