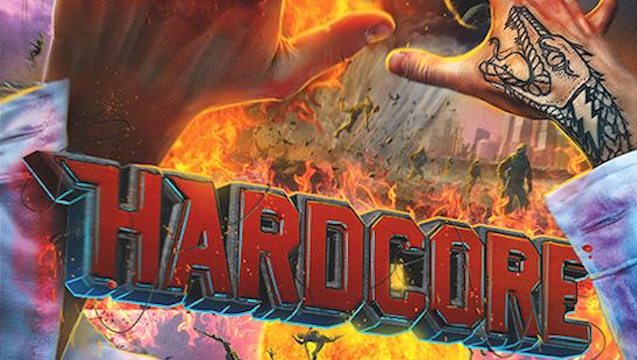 If you remember the most awesome music video of all time – which was pretty much just a live action version of Goldeneye – then it’s probably no surprise that someone has taken the concept and padded it out into a full length action movie.

It’s called Hardcore (original title bro) and is a Russian movie from the mind of a dude called Ilya Naishuller that’s set to be released at cinemas worldwide next year. Hardcore tells the story of a cyborg called Henry who is newly regenerated and has to save his wife/creator from an evil telekinetic psychopath named Akan who also seems to have a never ending army of mercenaries at his beck and call. Perfect, right?

Oh, and you’re also in Moscow where you’ve never been before. The only person who seems to be on your side is some weird British guy named Jimmy who seems to be from another decade and who you can see in the three minute teaser below, which is basically you (Henry) and Jimmy storming some abandoned building and taking out about 100 mercenaries. If the whole movie is like this, it’s going to completely rule.

They’re looking to crowd fund it (of course) so if you fancy helping out head over here.