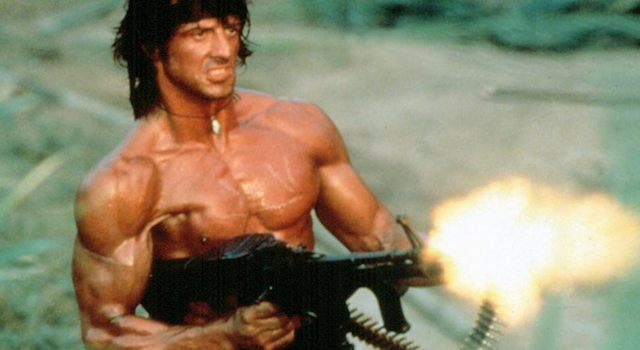 Christmas has come early if you love action movies.

The best part of an action movie probably isn’t all the explosions and fighting and chasing and crazy shit that’s going on, it’s almost certainly when the badass hero says some stupid one liner in the midst of it all to prove that this isn’t that big a deal for him and he can still be the coolest guy in the room whilst the whole world is going mental. And that’s why we love action movies and dumb action movies stars like Arnold Schwarzenegger, Jean Claude Van Damme, Sly Stallone, Jason Statham, Kurt Russell and all the rest.

Here’s a supercut of 100 of the best (apparently THE best, but I’m sure everyone watching it will disagree) action movie one liners ever uttered by your favourite muscle men.