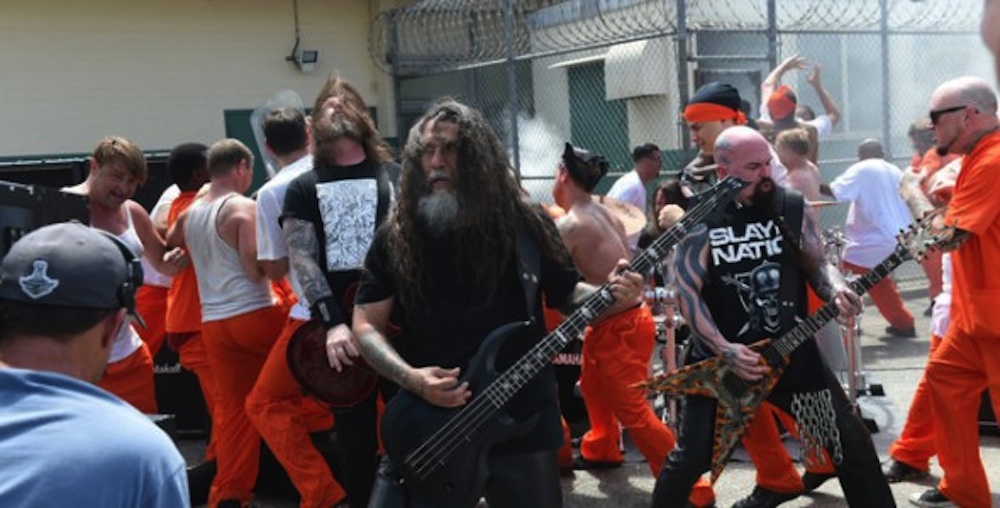 This is what music videos are all about.

Slayer are by no means my favourite band but they’ve absolutely nailed it with this music video. Not only is their music already the perfect soundtrack for a prison riot, but they’ve also got Danny Trejo in to star in it to give it that little extra edge and have also made it the most brutal prison riot video in the history of the world. Even more savage than the stuff we used to see on Oz all those years ago.

Wow. I’m probably not going to check out the new Slayer album but I’ll definitely be watching that video again sometime, probably when I’m high. Is it as good as the music video we proclaimed as the best of all time a couple of years ago though?