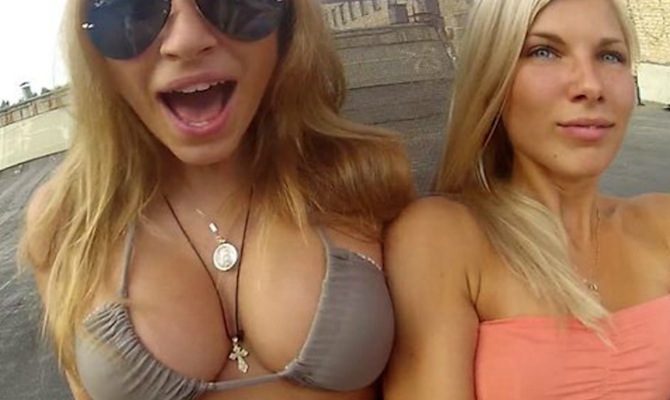 Music videos these days generally suck, so it’s always nice when you come across one that might be one of the better things you’ve seen for a while.

Life has been quite rough on the humble music video in the last decade or so. What with the continued demise of MTV (not that they’ve played much music on there since about 1997 anyway) and the rise of online streaming, coughing up a significant budget for an accompanying vid to rock the socks off Top Of The Pops is less of an attractive prospect for your average music label these days, unless you’re Katy Perry, or the next bod off the no-mark ‘white guy(s) with acoustic guitar/banjo’ factory line.

â˜› Watch This Next: Larry David Is Carlos Bianchi

Given that, it’s always nice when an outstanding creative effort appears seemingly almost out of the blue. The video for Biting Elbows’ Bad Motherfucker is one such effort, and certainly ranks up there with the best we’ve seen, so all the hats go off to creators Ilya Naishuller and Sergey Valyaev. The track itself is passable too; kind of a gritty, disaffected, punky vibe with suitably distorted vocals, if that sort of thing humps your rump.

The just-shy-of-five-minute video is shot entirely from a first person perspective, and chronicles one plucky guy’s attempted escape from a building with some bad people on his trail. We’re not going to say too much about it beyond that for fear or ruining the ‘experience’, but it involves the following:

â˜› How Not To Behave On Camera: Drunk Bully Gets Knocked The F’ Out At SXSW

As you might expect, it’s decidedly NSFW, so wait until you get home or for your boss to go for a high powered meeting/ciggy. Shout out to George Whitehead for originally pointing this out to us too. Check it out here:

â˜› More Awesomeness: Dude Gets Pulled On Stage By Steel Panther And Ends Up Completely Shredding It