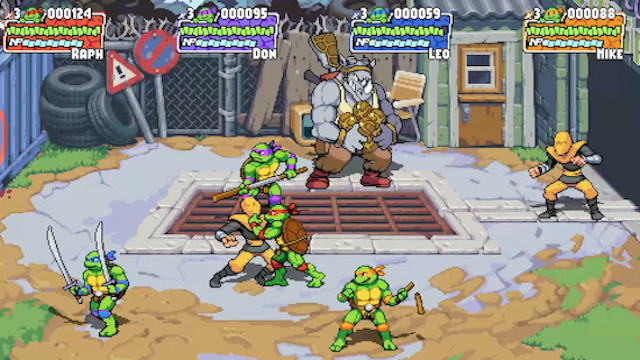 I’ve spoken at length on these pages about how the side scrolling beat em up video games were one of if not the best genre of video game when we were growing up in the 90s, so it’s great to see that another of those iconic games is returning for a heavily belated sequel in the form of ‘Teenage Mutant Hero Turtles: Shredder’s Revenge’.

Everyone remembers heading down to the arcade and playing that TMNT game where it started off with the turtles jumping into a massive skyscraper that was on fire – it’s almost as memorable as that Simpsons game where Bart would smash everyone with a skateboard – and it looks like the action is going to be fairly similar on this new version that’s coming to both PCs and consoles.

Yeah, it’s kind of annoying that that is the ‘official reveal’ trailer and yet you only get about twenty seconds of gameplay footage, but I suppose that even if there was more it would just be more of the same. We all know what we’re going to get with this game – lots of button bashing and an almost infinite amount of foot soldiers before we fight a big bad – and I’m pretty sure if you’ve clicked on this article then you’re excited about that and more than happy to part with you money in exchange for it. No real need to show anything else. Cowabunga man.

For more of the same, check out the new ‘Streets Of Rage’ game that came out last year. Another classic back from the dead.