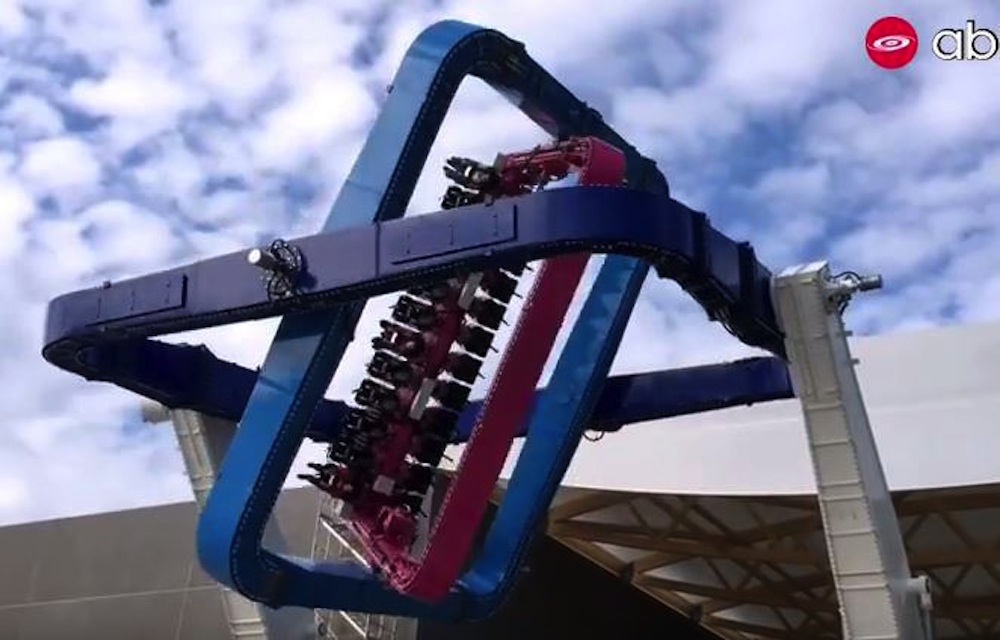 When it comes to roller coasters and rides I’m normally into the white knuckle coasters that go really fast and have loads of loops and drops like The Smiler (before THAT accident) rather than ones that just kinda spin up and down and shake you around till you puke.

However, I’m always excited by new roller coaster designs and rides so I’m stoked to check this one out when it finally gets finished. I don’t think it has a name right now but it looks like the next level in the development of those rides like the Ripsaw at Alton Towers or the Skyflyers at Drayton Manor, where you basically sit in a row with some other people and then it takes you up and around and spins you all over the place.

This one is taking it up a notch – just like the Batman 4D coaster did earlier this year – as it looks like it’s going to spin you on three different axes through three different dimensions. It might not be that fun to be honest but I’ll give it a shot and hopefully be surprised. It could really do with some water spraying you too if you ask me.

Apparently it’s still in its testing phase but it should open in France somewhere very shortly. Hopefully we’ll see one at one of the parks over here fairly shortly.