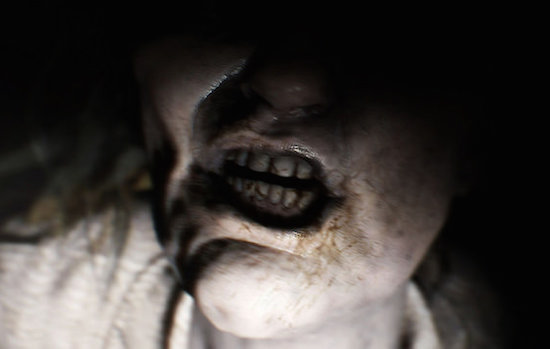 They’re going back to their roots.

‘Resident Evil’ is one of the greatest gaming franchises in the world, and it looks like its makers are returning to the genre that made it famous with the latest installment: ‘Survival Horror.’

The last few ‘Resident Evil’ games have had more in common with traditional first person shooters rather than creeping around a mansion shitting your pants and trying to avoid monsters. And while that’s been OK, it hasn’t really been what we want from the series. Capcom listened to the fans and it looks as though ‘Resident Evil 7’ will be set solely in some weird mansion where the owners are creepyass zombies that kidnap people, lock them up and eat them.

In the latest gameplay footage, you’re watching a girl try to escape from the mansion as she rushes through dark corridors with very little visibility, hiding all the time from some terrifying zombie woman with a lantern who’s following her. Watch out for the bit where she hides behind the barrel:

Jesus. My heart was beating through my chest while watching that and I’m in a house full of people – imagine what it’s going to be like when you’re playing it on your own with the lights off in an empty house at 1am. It’s gonna freak you the fuck out and that’s exactly why you’re going to love it.

To find out what it’s like playing the game in VR, click here. A big no by the sound of things.