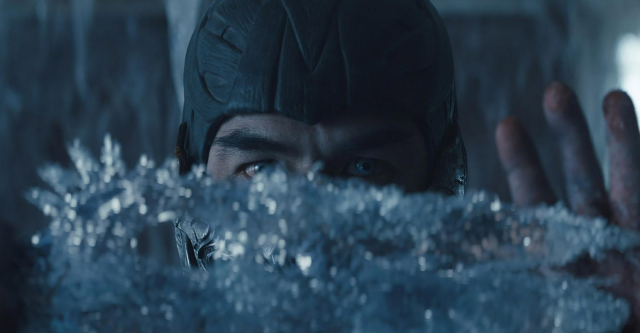 I’m Liu Kang forward to this one.

Aside from the dodgy acting and weird script, the original Mortal Kombat movie in 1995 was mostly slated for its lack of blood and gore and more specifically – its lack of Fatalities; the brutally OTT and ridiculous finishing moves that are the reason for the franchise’s popularity in the first place.

Not to worry though, because film director Simon McQuoid is releasing his own movie adaptation of the classic video game, and he told Entertainment Weekly that his version will be a lot more faithful (i.e. bloodier) than the previous attempts:

It’s definitely not gonna get a PG-13 rating.

Out of context this quote might seem incendiary, it’s not: The rules around ratings aren’t what a lot of people think they are. It’s amount of blood, it’s amount of red, it’s interpretation of how you go about it. We had a lot of discussions about getting the balance right so there was gore and there was blood and there were fatalities.

Well that’s good to know, isn’t it? Don’t get me wrong – odds are this movie will be absolutely awful, but it will be awful in a good way, in the ‘so bad it’s good’ category that so many video game movies find themselves in.

Prepare for Mortal Kombat. Take a look at the first look images for #MortalKombatMovie — In theaters and streaming exclusively on @HBOMax on April 16. (1/3) pic.twitter.com/XalMeiwy5t

What that means is that while the script and acting might leave something to be desired, at least you’ll get that senseless, gratuitous violence that Mortal Kombat is known for in the form of some badass Fatalities, which is basically what the whole Mortal Kombat franchise was built on.

The important thing is that they don’t just add more blood and guts to the fights, but that they actually implement original Fatalities into the endings. Sub Zero ripping a guy’s head off while still attached to its spine or Kitana devouring someone’s body and then spitting out the bones were legitimately groundbreaking moments in the gaming world back in 1992. And judging by the newer Mortal Kombat games, things have only got crazier since then:

Can you imagine Johnny Cage doing the ‘Here’s Johnny!’ Fatality through an opponent’s obliterated chest cavity on the big screen? Sign me up.

The new Mortal Kombat movie drops on HBO Max and selected theatres (we’ll see about that) on April 16, 2021.

For the Mortal Kombat XI developer who suffered from PTSD after working on the game’s gory fatalities, click HERE. Understandable.