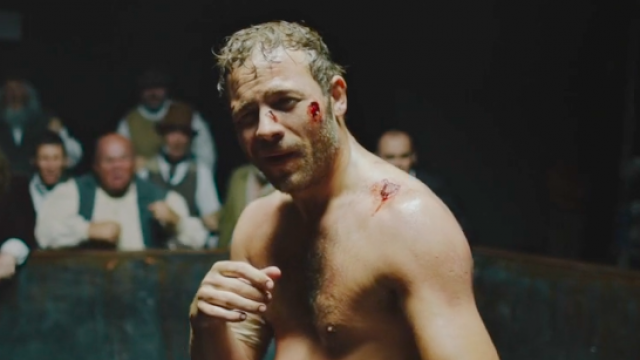 Hopefully the Coronavirus won’t affect our influx of new television shows too badly, but it’s still probably going to be a while until we get to see this excellent looking new Irish drama ‘The Liberties’.

The proof of concept trailer below kinda makes it look like a cross between ‘Peaky Blinders’ and ‘Gangs Of New York’ as a hyper stylised and violent 19th century saga of three siblings – William, Mary and Pondersbury Kelly – exploring their links to boxer Dan Donelly. He’ll be played by Moe Dunford, who will be joined in the cast by Danielle Galligan, Lochlainn O’Mearain, Richard Kiely, Tadhg Murphy  and Catherine Walker.

Looks decent doesn’t it? Will definitely be an age before we see it though as it’s a proof of concept trailer, which directors have to provide production companies with in order to get the funding to film the actual show on the basis of whether or not they like what they see. That probably means nothing has actually been filmed yet, so we’ll be lucky if we see it come the ass end of 2021. Remember where you heard about it first though when it becomes an international sensation.

For more of the same, check out the plans for a new season of ‘Peaky Blinders’. Sounds like it’s gonna be great.