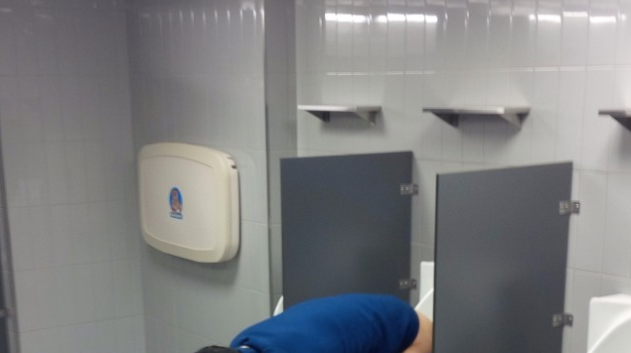 Wait until you see the bottom half of this picture, it will probably ruin your whole day.

I’m not sure if this guy is an actual Nets fan (it’s the Brooklyn Nets and they are a basketball team) but that’s what Gawker is saying and they’re usually fairly up on stuff so that’s what we’re going with right here.

Now let’s take a look at this. This dude appears to be in a public bathroom somewhere and instead of taking a shit in the toilet and puking in front of it (or better yet puking in it and doing both activities separately) he’s decided to pull down his pants and stick his butt on a urinal and shit in that whilst he’s puking up.

Something must be seriously up with him – probably not a good time to go to a basketball game. I can’t even imagine being so ill/wasted that I would be forced into the situation depicted in this photograph – anyone have any ideas what was going on? In any case I hope the guy is OK now and not too embarrassed that this picture of his misfortune is now all over the internet.

â˜› More Shitting: Sorority Girl Gets Revenge On Cheating Frat Bro By Shitting All Over His Bedroom 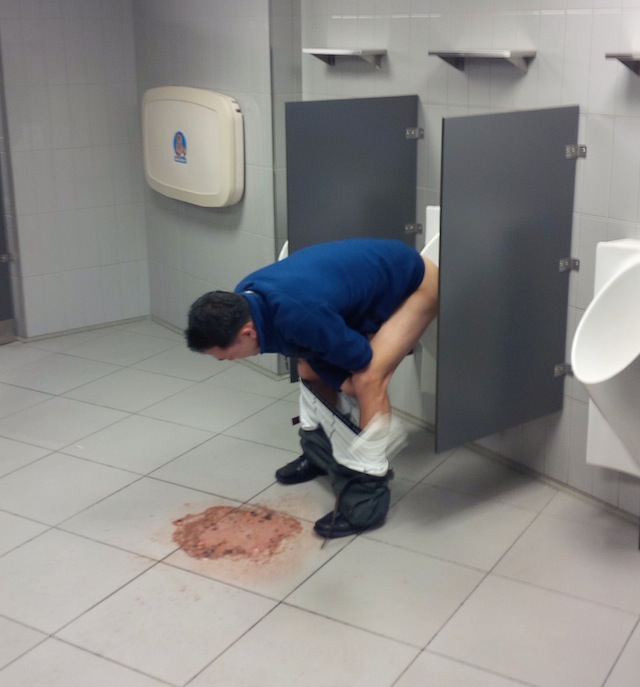