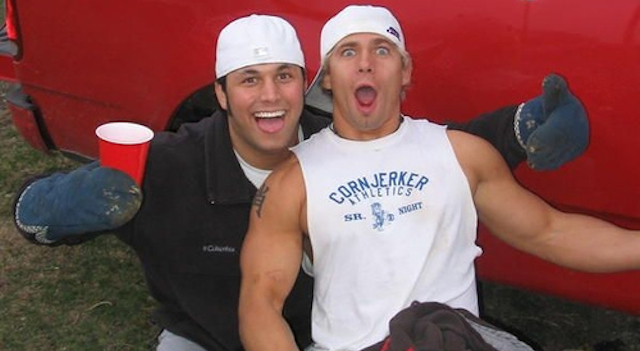 I bet this frat bro won’t be pulling this dick move again after this stunt.

This sure is one way to get back at some jerk guy, but is probably slightly extreme, especially when you hear the context.

Some frat dude over on Total Frat Move (yeah, that’s actually a website) wrote in with a tipoff detailing what happened to this particularly unlucky frat brother over at the University Of Alabama. Here’s his account of what went down:

‘A Beta took a chick home last night then ditched her to apparently hook up with another girl. The original girl wasn’t too happy so she took a shit on his chair then wiped it with his comforter. [Is] that’s what girl poop looks like? What the fuck is this girl eating? No idea what sorority she’s in but if I find out, I’ll let you know’.

Now, I’m all for this girl getting revenge on a frat bro being a total jerk to her, but I think it’s kind of extreme for her to shit all over his bedroom after they only just hooked up. I mean, that kind of stuff should be reserved for when a girl finds out her boyfriend has been cheating on her for a year or something right? What the hell is this girl going to do when something like that happens to her?

In any case, here’s the picture you’ve been dying to see: 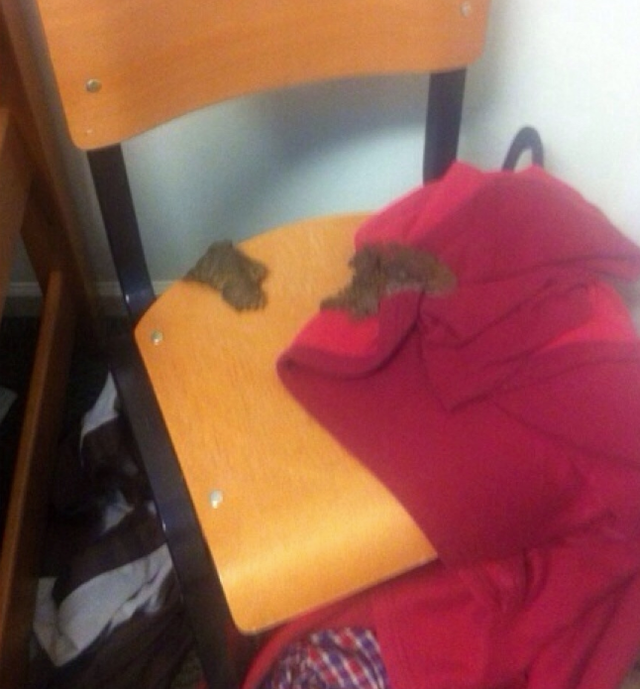