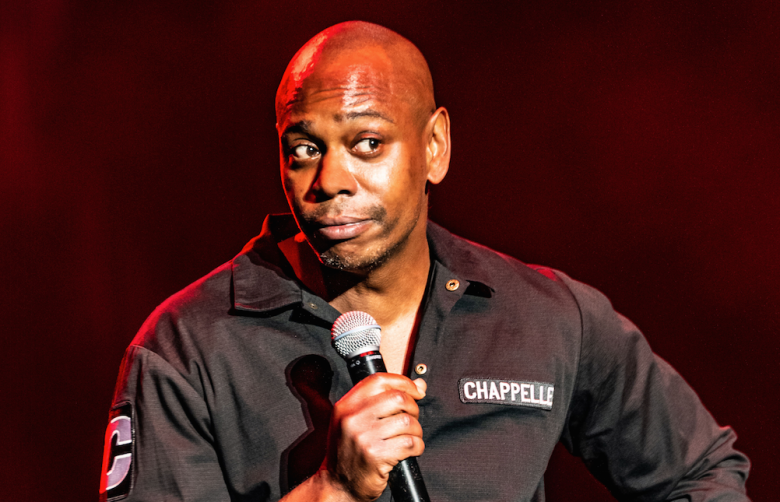 Here’s a slightly weird story for you, although it does make sense when it’s all explained in the end as Dave Chappelle has begged his fans to boycott his comedy specials that are currently streaming on Netflix.

Chappelle posted a lengthy standup routine on his Instagram account yesterday explaining his reasons for doing this, but essentially the streaming platforms are airing his shows and he isn’t receiving any money for them. It’s a little more complicated than that though because unfortunately Chappelle did sign a contract signing over his rights and all future earnings from the shows back in the early 2000s, but obviously he didn’t foresee the advent of streaming platforms and just how much his stuff would be getting watched in the year 2020 and he’s understandably pissed about it.

Here’s what he had to say (the video is 18 minutes long, but I put the important stuff underneath):

People think I made a lot of money from ‘Chappelle’s Show’.

When I left that show I never got paid. They [ViacomCBS] didn’t have to pay me because I signed the contract.

But is that right? I found out that these people were streaming my work, and they never had to ask me or they never have to tell me.

Perfectly legal ’cause I signed the contract. But is that right? I didn’t think so either.

And when I found out they were streaming Chappelle’s Show, I was furious. How could they not – how could they not know? So you know what I did? I called them and I told them that this makes me feel bad.

And you want to know what they did? They agreed that they would take it off their platform just so I could feel better.

That’s why I f*** with Netflix. Because they paid me my money, they do what they say they’re going to do, and they went above and beyond what you could expect from a businessman.

They did something just because they thought that I might think that they were wrong. And I do – I think that if you are f***ing streaming that show you’re fencing stolen goods.

I’m not asking you to boycott any network – boycott me. Boycott Chappelle’s Show.

Do not watch it unless they pay me.

I dunno about this one. I guess it’s a classic case of a young guy without much experience getting duped by a contract that he didn’t know or understand, but the fact is that he did sign that contract and has gone on to have a massive career because of it and is still making big money all the time so it’s not like he desperately needs it.

I can still see why it would rankle him though that he got snaked like that – even if it is perfectly legal – and it’s great of Netflix to acknowledge that and take the shows down. It seems unlikely that any other streaming platforms that are showing it are going to follow suit though if they’re not in business with Chappelle himself though.

Maybe everyone will listen to his pleas though and stop streaming them, although I doubt that means he will actually end up getting paid, just that the guys at Viacom won’t. That might be good enough for Chappelle though.

For more of the same, check out this story about Dave Chappelle reacting to a white heckler. Really moving stuff.