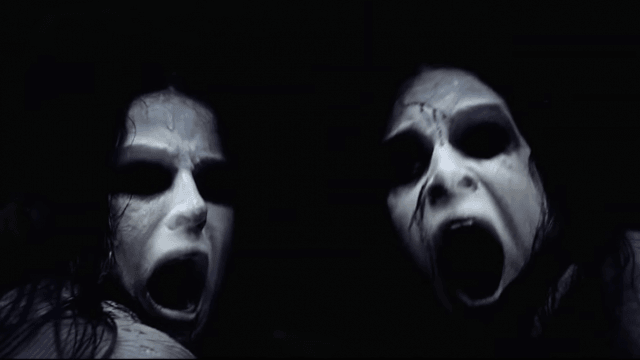 Halloween is one of my favourite holidays of the year and this year Netflix have got the memo and have revealed that they’re going to add a whole bunch of scary movies to their playlist in the run up to the event.

You can have a quick look at some of the movies in the trailer below, but there’s also a little plot summary of each on below that as well:

In The Tall Grass

Plot: When siblings Becky and Cal hear the cries of a young boy lost within a field of tall grass, they venture in to rescue him, only to become ensnared themselves by a sinister force that quickly disorients and separates them.

Cut off from the world and unable to escape the field’s tightening grip, they soon discover that the only thing worse than getting lost is being found. Based on the novella by Stephen King and Joe Hill.

The trip takes a turn for the worse when Peri is hurt in an accident and the family rushes to a nearby emergency room run by a staff with dubious intentions. After being sent away for further testing Peri and Joanne vanish and all records of their visit disappear. Ray’s concern turns into a desperate race to find his family and discover the truth of what happened to them.

Plot: Eli is the story of a young boy (Charlie Shotwell) plagued with an unknown, debilitating illness that requires him to live completely sealed off from the outside world.

After exhausting every option, his parents (Kelly Reilly and Max Martini) put their trust – and his life – in the hands of a doctor (Lili Taylor) whose experimental, cutting edge treatments at her clean house facility may hold Eli’s last hope. As Eli undergoes the tremendously intense process that could potentially cure him, he begins to be haunted by experiences that make him question who he can trust and what is lurking inside the house.

Plot: Katrina (Carmen Ejogo) is a single mother driving cross country to start a new life with her young daughter Clara (Apollina Pratt) when their car breaks down in the middle of nowhere. As Katrina changes the tire, Clara wanders off the desert road and is bitten by a venomous rattlesnake.

Desperate to save her daughter’s life, Katrina accepts the help of a mysterious woman, but after she miraculously heals Clara, Katrina is asked to repay the good deed by killing a stranger in exchange for the life saved.

In The Shadow of the Moon

Plot: In 1988, Philadelphia police officer Thomas Lockhart (Boyd Holbrook), hungry to become a detective, begins tracking a serial killer who mysteriously resurfaces every nine years. But when the killer’s crimes begin to defy all scientific explanation, Locke’s obsession with finding the truth threatens to destroy his career, his family, and possibly his sanity.

Ok so that trailer was a bit cheesy and these movies look like the kind of stuff that you might see on The Horror Channel i.e. really dumb and stupid, but I reckon they’ll keep me entertained for a couple of hours. Not sure how scary they’re gonna be, but you can’t really ever go wrong with a horror movie if you’re in the mood, however silly it is. Definitely gonna check these out.

For more horror movies, check out the new series of Are You Afraid Of The Dark? That’s gonna be scary.