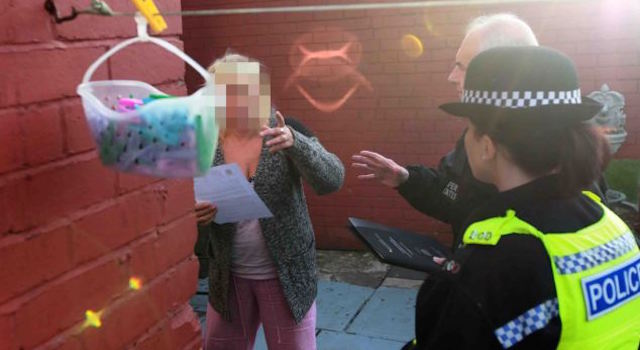 This is how you deal with annoying neighbours.

Everyone who has ever lived anywhere has probably had trouble with their neighbours. Chances are that if you’re reading Sick Chirpse then you’re not a stuck up prick so it was probably something to do with the neighbour complaining about something completely reasonable that you were doing that they took exception to for no real reason other than to mess you around. It’s not their problem if you’re having sex loud.

It’s happened to all of us and yeah, it sucks massively. That’s what this new Instagram account is all about though. It’s called Neighbours From Hell and it celebrates how to communicate with people that just give you shit all the time even if you’re trying your best to appease their stupid gripes and groans, or in some cases just telling them to fuck off in the most creative way possible.

It’s not their problem if you’re having sex loudly for instance – they can always just follow this advice rather than going apeshit at you for having a good time just because their wife isn’t putting out for them anymore. Not sure if they’re all real obviously but hey even if they’re not they’re all still really funny.

Use your arrow keys to move through the slides: 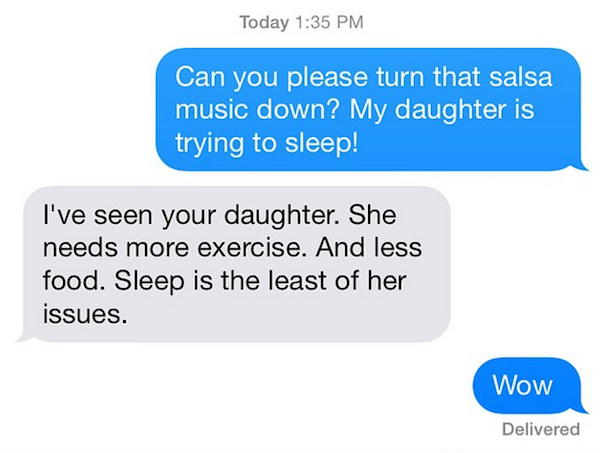