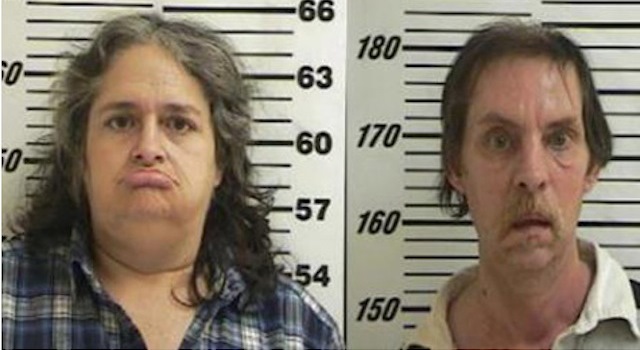 A man shot his neighbour in the back after his wife complained he’d been telepathically raping her.

There’s always going to be something about your neighbours that irritates you — maybe they put their bins out at the wrong times, maybe they play their music too loud, or maybe their garden looks really shitty and is making the whole street look bad. But what if your neighbour was telepathically raping your wife? That’s when you’d have to to put your foot down, in my opinion.

55-year-old Meloney Selleveit admitted she convinced her husband to grab a gun and shoot their Utah neighbour in the back when she said he had been ‘telepathically raping’ her. Husband and wife are now both being looked after in mental homes until they’re deemed fit enough to join their new neighbours in prison.

Looking at those pictures though, you have to say — definitely the kind of people who would be involved in a story about telepathic rape. They look completely messed up — what kind of things did these two used to talk about at the dinner table?