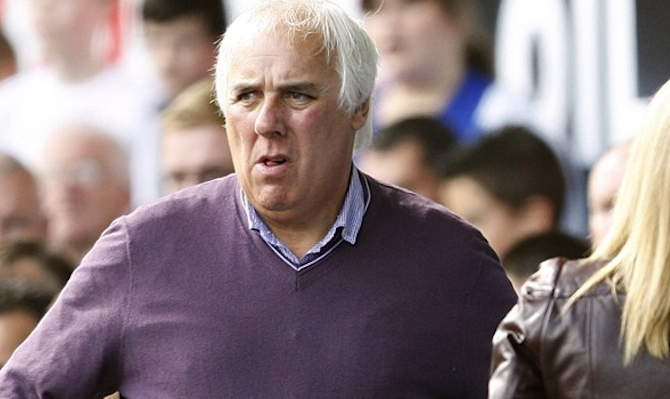 There’s obviously absolutely nothing funny about a woman getting raped but it is kind of funny that the chief suspect in the case is the father of Gary and Phil Neville, the one and only Neville Neville.

Obviously there’s absolutely nothing funny about a woman getting raped, but it is kind of funny and probably more surprising that Gary and Phil Neville’s dad has been arrested over perpetrating said rape, mainly because his name is Neville Neville and also because he’s Gary and Phil Neville’s dad. And also because he’s a 63 year old man who has been happily married (we think, or at least thought until we heard this) for around 40 years  to his wife Jill (61) and is probably one of the least likely people you would ever have suspected of sexually assaulting a woman.

The alleged incident occurred over the weekend in the Neville’s hometown of Bury in the early hours of Saturday morning. The woman was said to be an adult. Neville Neville was taken into the police station and questioned but has been bailed until May pending further enquiries. At this point there isn’t really any other information on the case and most other news reports on it have just filled up their articles by adding boring details about how Neville Neville has acted as an agent to his sons during their careers and how he’s also a director and commercial manager of Bury FC. Those details are fairly boring though so we’re not going to mention them. 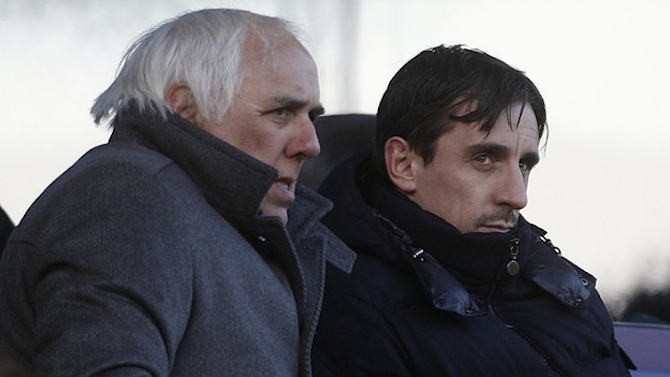 In fairness, this would probably have been treated with a lot more bile by everyone with a Twitter account a couple of years ago when Gary Neville was still being one of the biggest pricks in the Premier League but since his reinvention as arguably one of the best pundits in football history everyone seems to be a lot nicer to him. Phil Neville wasn’t really ever that much of a dick at Manchester United – except when he gave that stupid penalty away at Euro 2000 – and has been busting a nut at Everton for so long and doing a pretty good job of it that most people don’t even associate him with being a Man United twat anymore.

All in all it seems like the Neville brothers have shifted public opinion massively when it looked like they would labelled as dickheads for their entire lives. I guess the can only hope that their father hasn’t ruined this by getting wasted one night in Bury and raping someone. Obviously it’s still very early in the case though so we’ll have to see what unfolds.