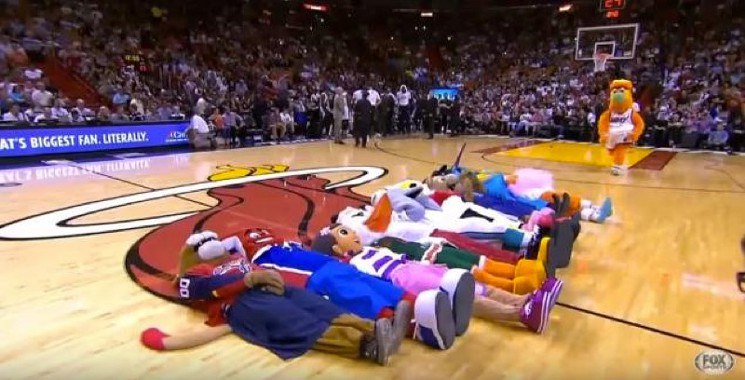 This guy 100% got battered by the other mascots backstage after this.

This is the funniest thing I’ve seen since that girl who face-planted right at the beginning of her 100 metre dash last night.

It occurred as celebrations got underway for Miami Heat mascot Burnie’s birthday, where he decided he’d pull off a sick stunt for the crowd in attendance for the Heat’s game against the Sixers.

I would love to see what went down in the mascot’s locker room after this. I’m guessing some skulls got cracked because there’s no one crazier than people who dress up as mascots for a living. Those people have nothing to lose. In fact I’ll bet Burnie didn’t stick around for the post-game mascot’s meeting. Definitely wouldn’t have ended well for him after he practically broke that guy’s dick.

For one of the more bizarre mascots currently in employment, get a load of Mr. Balls over in Brazil.