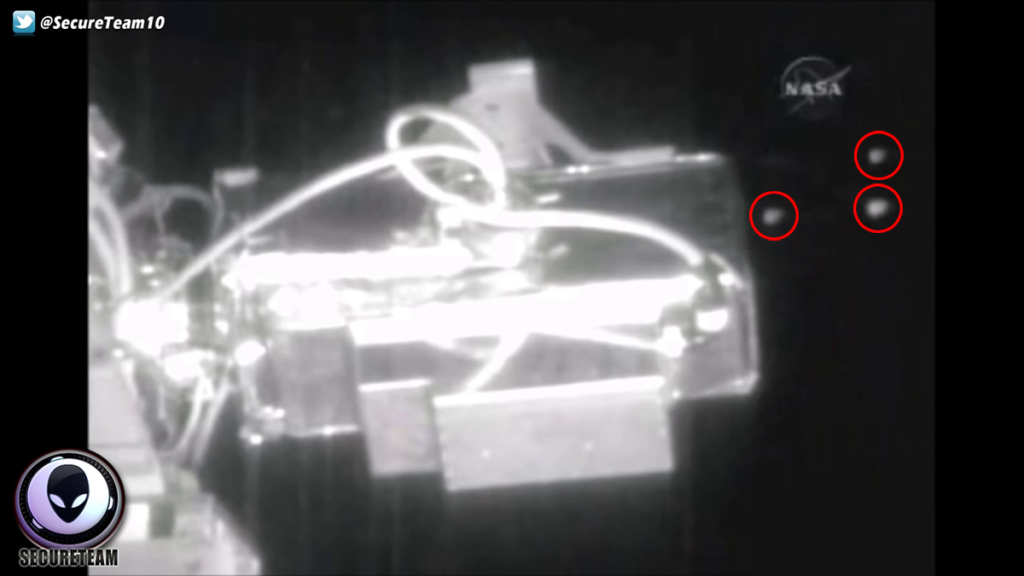 To make the whole matter even more suspicious, NASA’s live feed cuts out at the crucial moment, making the theorists even more certain that they’re hiding something:

We have about six UFOs passing behind, and judging from the distance, I would guess that the size of these objects, whatever they are, would be fairly large.

Much larger than Nasa’s typical excuse of ice particles, we must be looking at icebergs.

Meanwhile, Nigel Watson, author of the UFO Investigations Manual says that these constant ‘sightings’ of UFOs are simply reflections and space junk. But who to believe? I think it would be insane to assume that there aren’t other forms of life within the infinite universe, but whether they’ve made it to earth yet is another question. I’d probably side with Nigel on this one, but you never know. The truth is out there and all that.

To read about the former CIA agent who says aliens are using our planet like a supermarket, click HERE.