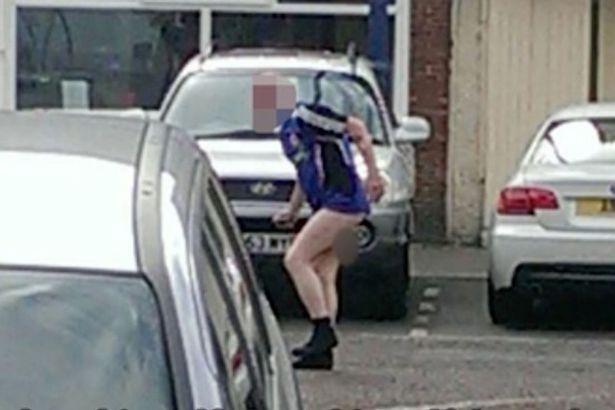 Another level of wasted.

Most of us have been pissed before, that much is certain. But have any of you been so wasted that you’ve ended up soiling yourself in the middle of the day without any shoes or trousers on? I didn’t think so.

Unfortunately for this guy the same can’t be said, as he was caught on camera stumbling around outside a strip club in broad daylight. He wasn’t wearing any pants and it was evident he had soiled himself. But despite his unfortunate condition, it didn’t stop him from trying to get into another pub. Behold, the most drunk man to have ever lived:

Eventually Cleveland Police turned up and some brave police officers loaded him into the back of the van. Although he’d suffered a bump to the head and was acting like this in public, he was eventually allowed to go home and no arrests were made. He certainly dodged that bullet, although I bet the hangover was punishment enough.

To watch a wasted bloke feel up a mixer that he thought was a woman’s butt, click HERE.