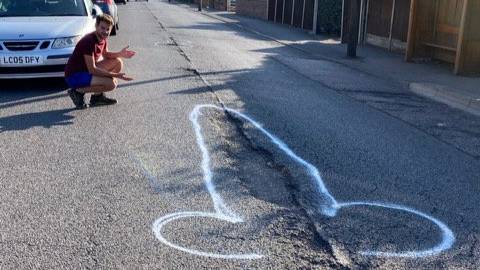 Hardly Banksy is it?

It’s good to know that even in these unprecedented times of Coronavirus that people are still out there playing long term elaborate pranks on other people.

One example of this is currently going on in Wivenhoe, Essex, where locals have been left bemused as a mystery graffiti artist has been spray painting penises around potholes on The Avenue. The half mile stretch of road has about 100 potholes in it and it’s thought that the spray painter is drawing the dicks on the road to draw attention to them and force the council to do something about them.

Local councillor Mark Cory says that serious action is needed in order to fill them in: 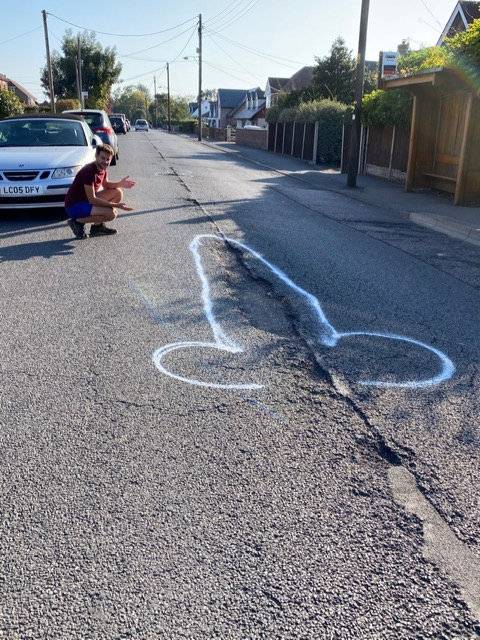 There have been some excellent puns going around, and I’m fully aware of and enjoying the funny side of it.

I’ve made a few jokes about it myself – calling the potholes ‘well endowed’, and saying that it has ‘stiffened my resolve’ to get them fixed.

I can laugh at the new graffiti – but what is more offensive to me is being let down for months and months by Essex County Council.

There’s a serious side to this, too. Driving into Wivenhoe is now an obstacle course.

I have reported these potholes over the past year, and other residents have, too. They filled some, but left many to grow larger and more dangerous.

It is unacceptable that Essex County Council is having to be shamed into action.

I understand they have a large county to cover, but these holes have been an issue for a year now.

They must invest properly in long lasting repairs and prioritising roads used most by communities.

If this was an episode of Scooby Doo or something it would be so obvious that the mystery graffiti artist actually was Cory, but as this is real life it probably isn’t that simple. Doesn’t seem like we’ll ever find out their true identity either, although maybe he’ll do something more drastic in the future if the pothole problem fails to be resolved.

For more of the same, check out this story about a guy who cut off the penis of his wife’s lover with scissors. Yeowch.