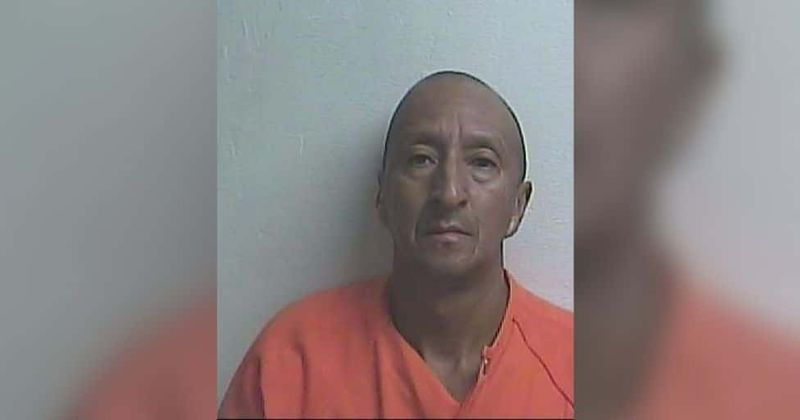 He refuses to tell police what he did with it.

A Florida man has been arrested after breaking into the home of his wife’s lover, tying him up at gunpoint and then cutting off his penis using a pair of scissors, before fleeing with the guy’s severed dick in his hands.

Alex Cesar Bonilla, 49, was tracked down after the victim called for help and told him Bonilla, who is his neighbour, threatened to kill him if he resisted.

The worst part (well, aside from this guy losing his dick) was that there were two terrified children in the house at the time that the victim was attacked, tied up and mutilated.

Florida man ‘broke into home of his wife’s lover, tied him up and then cut off his penis with a pair of scissors’ https://t.co/pqg1riPngQ pic.twitter.com/bEJyPVIs6W

The report said the assailant ‘was found to have caught the victim and [Bonilla’s] wife during sexual intercourse’ some weeks before.

Deputies found and arrested Bonilla at around 3 p.m. at the Alliance Dairies in Brandford, where he works, WCJP reported. …

Officials did not specify what happened to the victim’s penis.

Deputies said in the news release that ‘a county wide search for additional evidence was conducted with no result’.

What happened to the days of a simple punch to the face eh? Seems a tad extreme to cut the poor guy’s penis off and then go running around Florida with it, but then again that also sounds like the most Florida behaviour of all time.

It does make you wonder what you could be capable of though if you discovered the person you love was having an affair with someone. How far would you go exactly? Would you turn violent? Go storming round their house? Ruin their life somehow?

I’m not sure what I would do but one thing I’m positive of is that I wouldn’t cut the guy’s willy off with scissors. But we’re all different, and Alex Cesar Bonilla just happens to be the sort of guy who will break into your home and cut off your penis like it’s just another day in the life. I think he should do the right thing and tell the police/the penis’s owner what he did with the penis, though. It’s only fair.

For more bonkers stories from the state of Florida, click HERE. What a place.