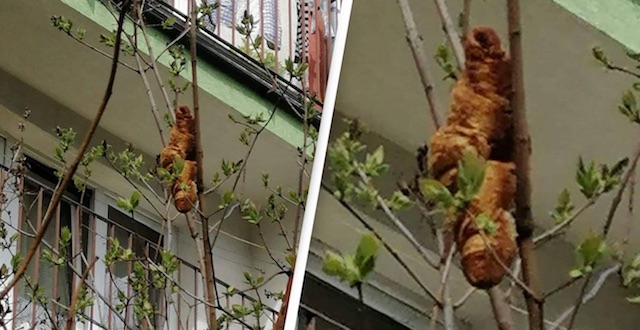 Everyone loves a good scary story, but what happens when there actually is a terrifying looking monster hanging out in the trees of your local area?

Well if the residents of Krakow are anything to go by, there doesn’t even need to be a terrifying looking monster in the trees and they’ll still end up losing the plot because that’s exactly what they did when a spooky looking croissant was stuck in one of them. The woman who called in the complaint to the Krakow Animal Welfare Society said the following: 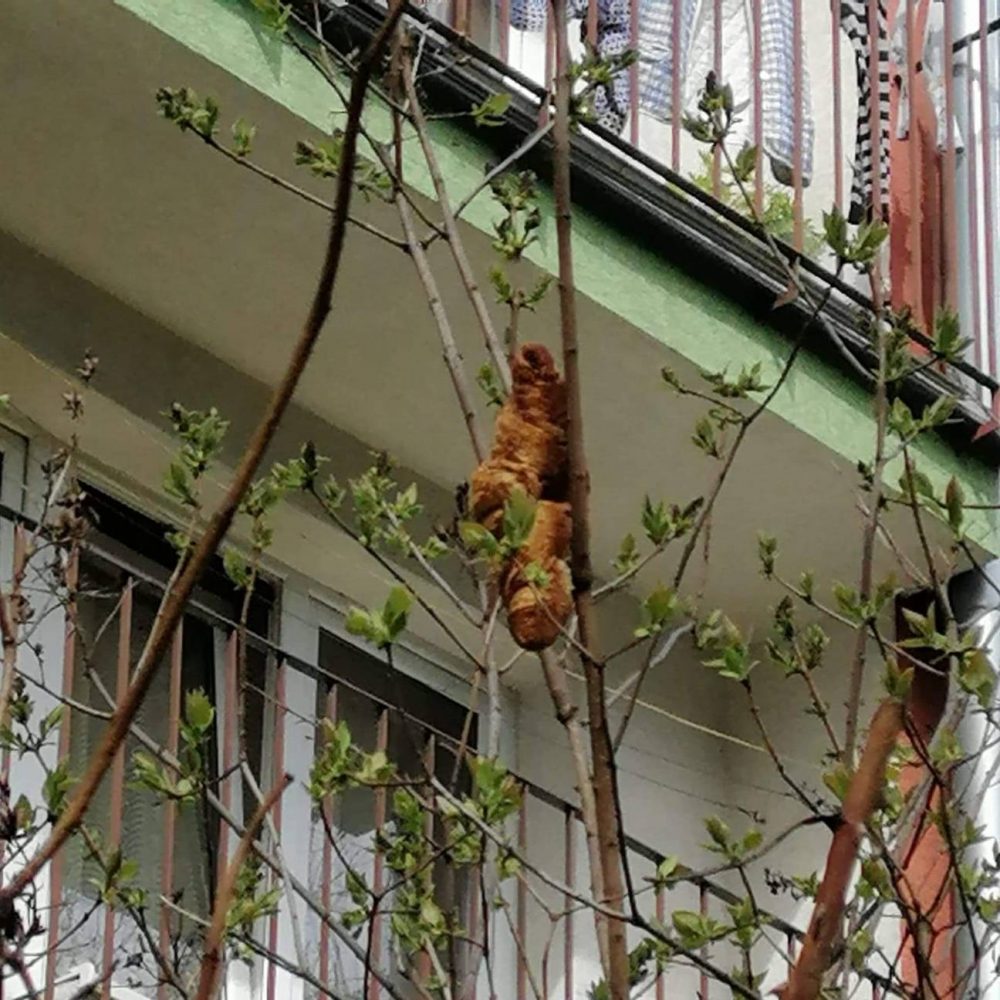 He’s been sitting in a tree across the block for two days!

He’s been sitting here for two days and everyone is scared of him!

So when are you coming for him?

That sounds absolutely preposterous because it’s quite clearly a piece of bread and the fact that it didn’t move at all for two days should probably have given them some idea that it wasn’t actually some scary ass monster come to kill them, but I guess people over in Poland have wild imaginations.

The Animal Welfare Society were able to head to the address and determine that it was a croissant and remove it. Hopefully its ghost doesn’t end up haunting the occupants of the building as well.

For more of the same, check out when Lidl launched a croissant roll to replace your burger bun. That was a bit of a weird flex.