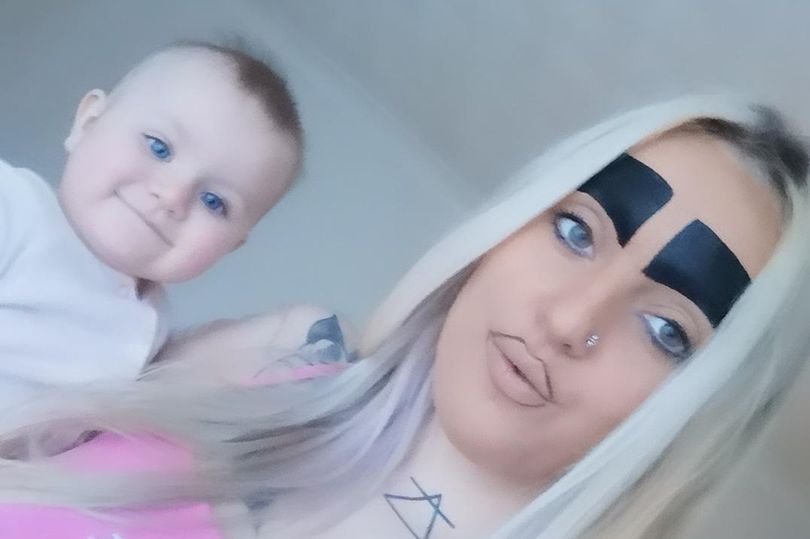 OK, I’m gonna start this article off by saying that I reckon if you’re gonna look completely weird and stupid then you should probably be ready to take some of the abuse that inevitably comes with it, but I definitely don’t think that said abuse should extend to people saying that they wanted to kill your family. It’s just a weird style choice FFS, reign it in.

Anyway, 27 year old Sammie-Jo Hailford has Britain’s biggest eyebrows and looks like an absolute maniac, but her unique style has seen her gain two million likes on her TikTok profile. I’m not really sure why because she looks like an absolutely freak, but maybe I’m being a boomer about this and missing out on something.

However, as with most people her newfound fame has come at a cost in the form of vile trolls taking aim at her any way they can (including me a little bit I guess). Here’s what she had to say about it:

One nasty message was threatening to kidnap my daughter and murder her.

It was the beginning of last month and to be honest I was a bit panicked at first and I thought it was the most disgusting message anyone could send.

But I blocked them and once I realised it was a fake account I calmed down a bit and moved on. I did keep a record of it for any further one that might appear from the same accounts just in case.

That was horrible but the only one to that extreme. I don’t really get horrible messages, just nasty comments.

I do it to prove that you can be who you want to be to express ourselves even if it’s not society’s norm.

I get a lot of bad reactions and people can’t understand why I would wear my makeup the way I do but it’s an experiment to prove that people only care about image and I prove them right every day.

I get a lot of good people who understand what I do and I have given them so much confidence and helped them to learn to love who they are.

I do get recognised a lot in the street now too and people will use my profile picture or shout ‘you’re that famous TikTok girl with the eyebrows’ and I get them asking for photos.

I like to make people happy, especially the younger generation. But sometimes it can get a bit much when there’s groups of kids shouting me down for photos or just shouting at me as I walk past.

Cool experiment I guess? It seems like a weird hill to die on for Sammie-Jo, but whatever – if she’s having fun and enjoying herself I suppose that’s the main thing.

People messaging her saying they want to kidnap her children really need to take a look at themselves though. I know I said she looked weird and like a bit of a freak but that is a whole different level. What is wrong with people?

For more of the same, check out when this woman as left with four eyebrows after permanent ones were tattooed in the wrong place. Whoops.