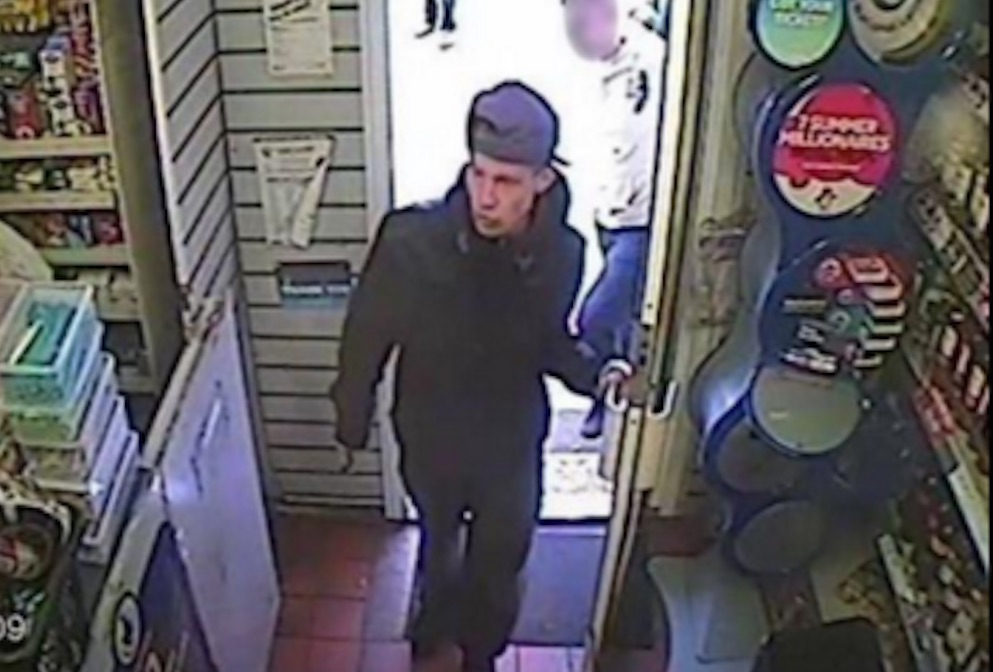 A new variation on the classic ‘criminal bragging on Facebook then getting caught’ story.

We’ve featured a whole bunch of stories on the site where criminals have thought they were complete badasses and taunted cops on social media, only to get tracked down and arrested almost immediately, but this one is a whole new variation on what is quickly becoming a classic narrative.

You see this time, the criminal’s mum came forward and identified him on Facebook. Don’t worry though, the criminal himself didn’t let the side down and still got involved with some inane comments allowing him to be found too.

It all began when Michelle Lancashire saw the following post on Facebook asking for helping identifying a man who was involved with a racial assault. Obviously upon recognising it was her son James, she felt like the appropriate course of action was to leave a comment on the photograph that anyone in the world could see, identifying him for anyone that cared. You know, like the police looking for him: 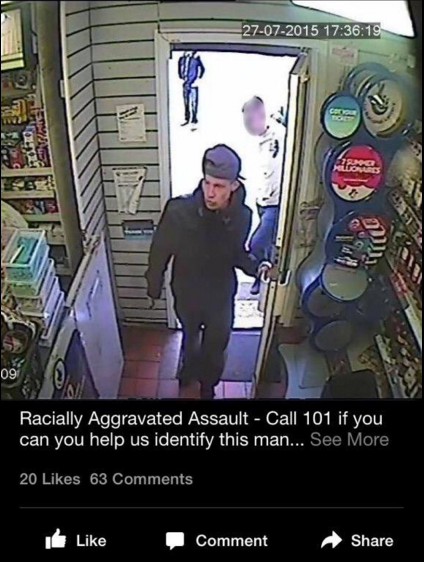 Not wanting to feel left out though, James soon joined in with the conversation with his mother over Facebook, obviously without thinking that it probably would have been better to conduct it in private. You know, so he wouldn’t be arrested immediately or anything.

He was also careful to use the correct spelling at all times: 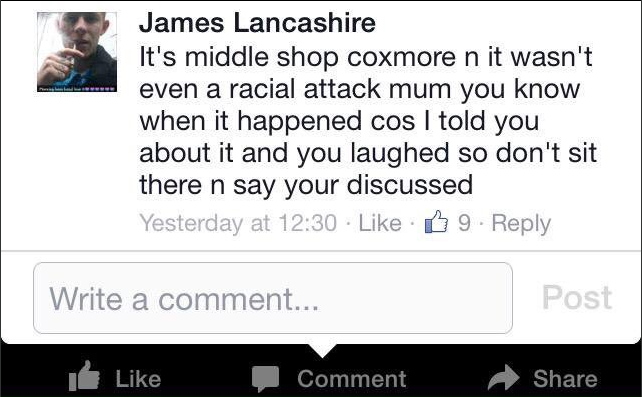 Following this conversation, it’s alleged that James went on the run from the cops.

Unfortunately he made the classic mistake that everyone being searched for by the cops does these days and decided to brag about it on his Facebook account: 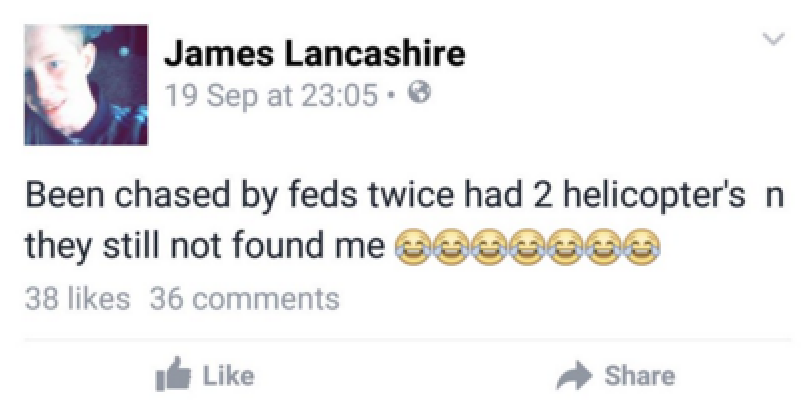 LOL. Oh yeah, that is until James’ next post the next day, when the lolz had definitely run out: 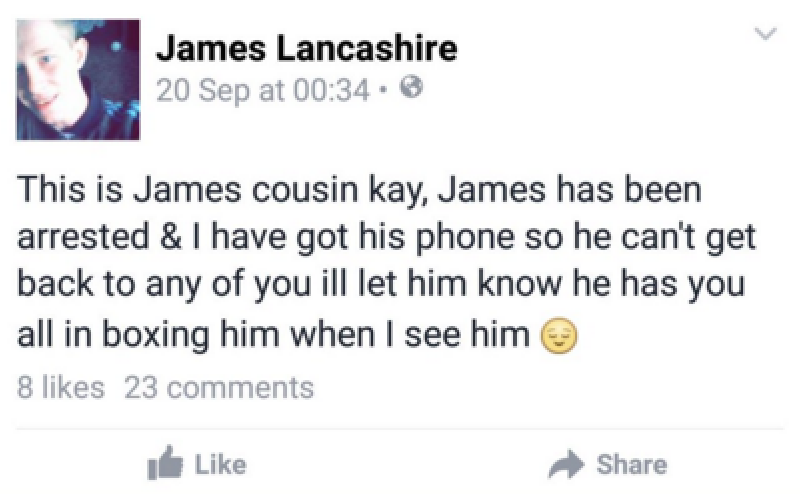 Not so funny now eh? At least he has Kay looking after his account though whilst he’s in the slammer – that’s awful nice of him huh?

Michelle also felt the need to come clean on Facebook about how traumatic the whole ordeal has been for her, which was just great because I know we all were wondering about her and how she was doing: 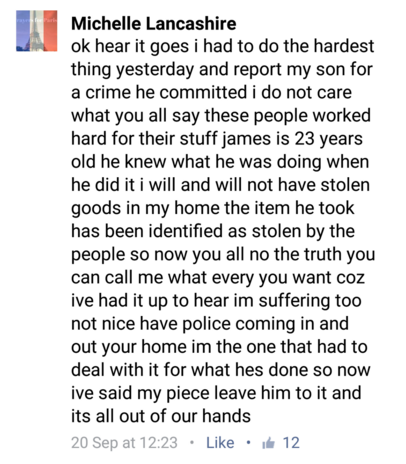 And there you have it: a family drama that could have quite easily stayed between those it involved, played out for everyone in the world to see via the beauty of Facebook. This is what it’s like living in 2015 people.

It’s possibly even dumber than the girl who cost her parents $80,000 after bragging about their court settlement on Facebook. Oops.