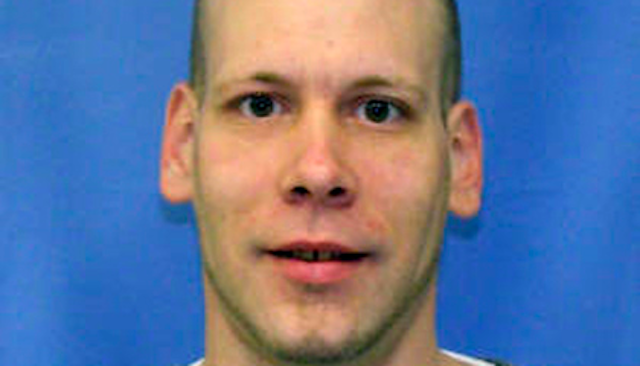 A 35 year old man has absolutely no idea how to use the internet like an adult and pays for it bigtime.

Some 35 year old idiot named Anthony James Lescowitch – or Jimi Lescowitch as he goes by on his Facebook profile – was so excited when he saw that the Freeland (Pennsylvania) Police Department had posted a Wanted poster of him on their Facebook page that he just had to share it to brag to all his friends that he was now a wanted criminal. Smart move – he was arrested within the hour and now everybody in the world knows he’s an idiot because the story has pretty much gone viral.

It’s even dumber how he actually got caught in the flesh though. After he shared the post on his wall and wrote ‘lol I fucking love it, ASSHOLE’ underneath it, a police officer name T.J. Rentschler used a fake Facebook profile of a hot babe to add Lescowitch. The two immediately started chatting.

Rentschler began chatting with Lescowitch about the post and he gave up a bunch of key details about it and the case before he arranged to meet up  for a cigarette with the ‘hot babe’. Once at the location point, police pounced on Jimi and arrested him. This all happened in under half an hour. Seriously.

How much of a moron is this guy? Everything he did is like a 101 of what NOT to do on the Internet. It makes you wonder how he had managed to evade police since November if he can’t figure out the most bait honey trap ever. Knucklehead.

If you’re interested, Lescowitch was wanted for the assault and robbery of a man last July. Apparently he was one of four men involved in the incident. You can see his Facebook post – and Freeland Police Deaprtment’s response to his arrest – below: